Efficient Gene Silencing is Now Possible: Thanks To Gold-DNA Nanosunflowers 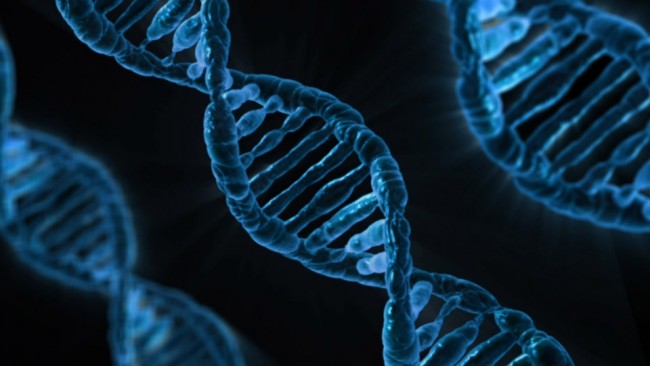 Researcher Shuaidong Huo and his colleagues from the interdisciplinary departments of Nanoscience, Interactive Materials, Chemistry, and Polymer Research in China, with other researchers from U.S, and Germany created an efficient delivery system that can enhance and control the gene interference-based therapeutics, this is known as an existing challenge in the molecular biology. They used triplex-forming oligonucleotide sequences that are coupled to its complementary strand to mediate the self-assembly of ultra-small gold nanoparticles.

How nanotechnology helped with the discovery

This creation resulted in a sunflower-like nanostructure that shows strong near-infrared or NIR absorption, and it has the ability for photothermal conversion. When Huo and his colleagues irradiated the structures with NIR, the larger nanostructures disassembled to create very small nanoparticles that were modified with the c-Myc oncogene sequence to target a patient's cancer cell nucleus directly.

Huo and his fellow researchers controlled gene silencing by controlling the time of preincubating cells with nanoparticles in a synergistic way. This gene control process is accompanied by nanostructure self-assembly and the NIR irradiation time-frame. The study showed a new paradigm to create efficient and tailored nanocarriers for great gene interference application and therapeutic gene delivery.

The importance of gene therapy

Gene therapy is known to have the potential to cure a lot of different kinds of diseases and complications such as HIV, infertility, and even cancer. A successful gene therapy that can help alleviate disease symptoms will depend on the effective delivery of the gene and the gene vehicle or vector. During the whole process, the carrier must cross a lot of biological barriers and cell membranes while trying to escape the endosomal entrapment and nuclease-based degradation.

Efforts in nanotechnology are underway to create stable and efficient vehicles for gene transfer to cancer cells. Because of their unique physicochemical properties, a lot of nanomaterials have been developed for gene delivery. Among them are gold nanoparticles with sizes and surface properties that can overcome any obstacle in vivo in order to become one of the most studied gene carrier systems. These strategies have encountered a lot of shortcomings, and therefore, it is important to create an efficient delivery system or enhance and controlled gene therapies.

Huo and his colleagues synergistically controlled the cell-nanomaterial interactions, and they based it on the time of pre-incubation in the lab, followed by the time of circulation in vivo and the timeline of irradiation. The experiments that were done increased the cellular uptake, the tunable gene silencing efficacy, and the controlled tumor inhibition. The nanosunflowers are transformable, and it provides an excellent model to create nanovehicles for drug delivery with great potential in biomedicine.

In this way, Huo and his colleagues created, developed, and optimized nanoagents for effective anti-tumor therapy. They created self-assembled sunflower-like nanostructures to act as multiparticle carriers loaded with a lot of ultrasmall therapeutic units. The team aims to improve the transfection efficiency and give a blueprint for controllable gene silencing at tumor sites using transformable gene interference carriers for intricate theranostics at the level of one cell.