Climate Change and its Dire Consequences: Two New Studies Warn Us of Our Future 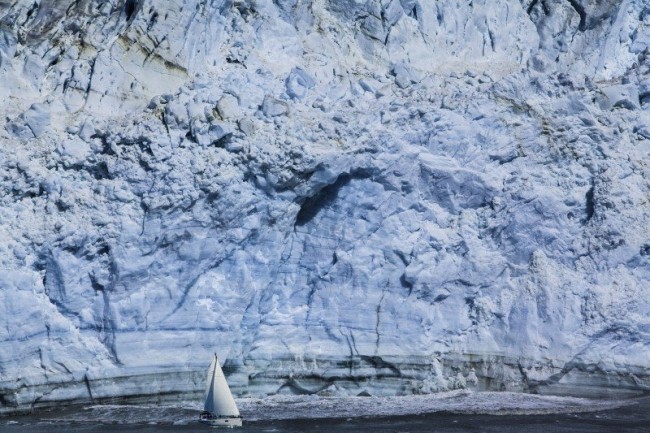 (Photo : Photo on Foter.com) Glaciers serve as an early warning device for climate change and the primary contributor to the rise in sea-levels.

It seems every day there is a new study that will warn us about the dire consequences of climate change. Although it has been observed for a long time now that there are possible climate change-related events on the way, these new findings are showing us that the biggest ecosystems on the planet are now struggling. Case in point, just this week, NASA had released two new studies on climate change. The first study focuses on the Amazon rainforest. Considered as the lungs of the planet, Amazon faces the threat of drying out, according to the scientists at NASA's Jet Propulsion Laboratory. The second study brings us to Alaska as one of the world's thickest glaciers is recorded to be retreating.

The researchers analyzed data that contains decades worth of ground and satellite information tracking its moisture levels and found out that there has been a significant increase in dryness in our atmosphere. According to the lead author of the study, Armineh Barkhordarian, there is an atmospheric demand for water just above the rainforest area.

In a press release, NASA suggested that the drying up can be directly linked to the abundance of greenhouse gases in our atmosphere, which accounts for the surge in arid conditions. This is extremely alarming because the Amazon rainforest acts as a carbon dioxide inverter: the trees absorb huge amounts of (billions of tons, to be exact) of carbon dioxide each year, which helps cool down the global temperature. When the dry conditions persist in the Amazon, the amount of rain necessary for these trees to fuel photosynthesis will below and will be unable to sustain itself.

Clearing the forested areas may contribute systematic drying of the atmosphere. This was observed in the southeast region of the rainforest, where forested lands are being converted for agriculture.

EFFECTS OF THE CHANGING CLIMATE

This drying of the atmosphere is now being observed in places where there should be no dry season. If the episodic drying persists, this could be a threat to the rainforest -- it could shrink up and eventually die -- leaving us with no protection from excess carbon dioxide.

Aside from the alarming dry atmosphere in the Amazon, NASA also observed continued thinning of the world's glacial ice. This time it is happening to that one glacier that was able to resist melting for a long time -- Taku glacier. In his study entitled "Exceptionally High 2018 Equilibrium Line Altitude on Taku Glacier, Alaska," Maur Pelto, a climatologist from Nichols College explains that the Taku glacier has lost mass.

Through NASA's Operational Land Imager (with data compiled satellite imagery, aerial photography, and GPS mapping), the changes in the Taku glacier was captured. Although it seems not much is happening yet, the subtle damage is most obvious in the boundary of Taku glacier and river.

Taku Glacier is one of the thickest alpine glaciers in the world, measuring up to 4,860 feet and has been supposedly thickening up and gaining mass until 1988. From 1989 onwards, the glacier's thickening slows down and by 2018, its retreat was recorded. It is no mystery, however, why the Taku glacier is experiencing its retreat. Pelto explains that this phenomenon with the Taku glacier coincides with Alaskan summer temperature in its all-time high.