America's Nuclear Tomb Is Being Opened By Climate Change 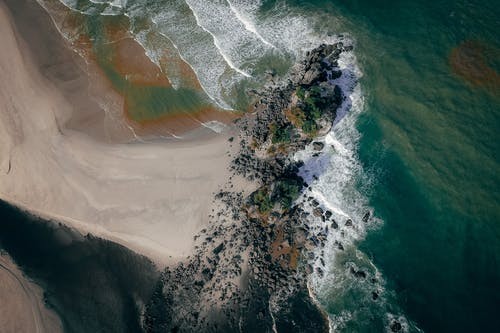 The United States nuked the Marshall Islands 67 times during the cold war. After they finished nuking the islands, the Pentagon dropped biological weapons on the islands. As soon as America was finished, it scooped the irradiated and ruined the soil from the islands, they poured it into a crater and left it behind from a nuclear detonation, mixed it all with concrete and covered it in a concrete dome. They since called it "The Tomb."

The Marshall Islands consists of 29 atolls from 1,156 islands. More than 50,000 people live on the islands. From 1946 to 1958, it gave ground for America's nuclear arsenal. In March 1954, the Pentagon conducted Castle Bravo and detonated a 15 megaton thermonuclear warhead over the Bikini Atoll. That was the largest nuclear weapon that America has ever detonated.

The fallout from the nuclear explosion rained down on the locals of the Marshall Islands.

How "The Tomb" affected the locals of Marshall Islands

A Marshall Islands woman said that it was only a matter of two or three years before women on the island started to give birth to things less than human. She also said that they told the diplomats about the fact-finding missions decades later. Congenital disabilities are very common on the island that the locals have a number of words to describe them. Among them are devils, marlins, grape babies, and jellyfish children.

America has largely dismissed its responsibility to the Marshall Islands. It relocated a lot of its people and claims that the cost of relocation and installation of The Tomb at the Enewetak Atoll covers its liability. As sea levels and temperatures rise, the Tomb is slowly cracking. As it cracks, water rushes over it, leaching out plutonium and dumping the chemicals into the sea.

Alex Wellerstein, a nuclear historian at Stevens Institute of Technology, said that it is difficult to imagine that America would consider its actions sufficient if the roles were reversed. He also said that somehow, the world's richest nation can't seem to find the political will to make things right with a small, poor nation that sacrificed much in the name of American national security is a travesty. American officials in the Cold War were fast to talk about how important the testing was to American survival, but somehow that importance never translated into sincere gratitude to the suffering Marshallese.

The Tomb contains irradiated soil and metal scrap from the Pacific proving grounds. It also has 130 tons of soil shipped in from Nevada. The Pentagon buried the nuclear waste, the byproduct of the Marshall Islands and shipped in extra from out of town. Researchers from Columbia University conducted a study in July, and they showed that regions of the Marshall Islands are more radioactive than Chernobyl.