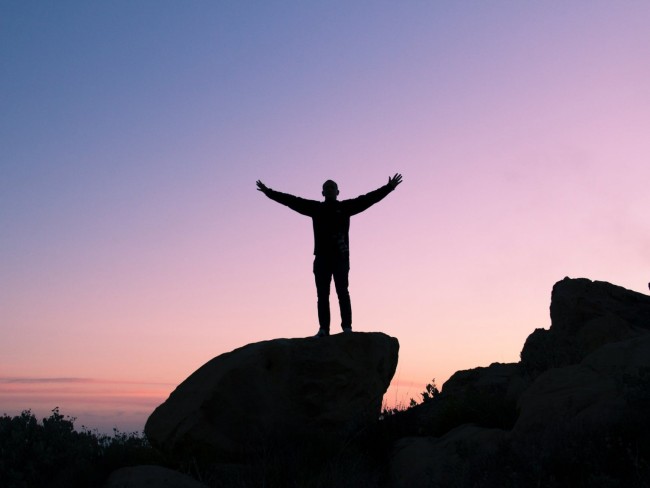 Gratitude is said to be a matter of perspective, and it could be difficult to experience or achieve gratitude and actual happiness in a work where we are constantly made to feel like we are lacking. A lot of us are always looking toward external factors to experience happiness and joy when really it is all related to internal work.

This concept is something that science is just starting to grasp, as shown by UCLA's Mindfulness Awareness Research Center research.

According to their study, having an attitude of gratitude can change the molecular structure of your brain, keeping gray matter functioning properly, and it can make us healthier and happier. When you feel content and happiness, the central nervous system is affected.

How gratitude shapes our mental health

There are a lot of studies showing that those who count their blessings tend to be more content, more happier, and they have less chance to experience depression. For one study, researchers recruited people with mental health issues, including those who are suffering from depression and anxiety.

The study had 300 adult participants who were randomly divided into three groups. The study came from the University of California.

All groups got counseling services, but the first group was instructed to write one letter of gratitude to another person every week for three straight weeks. The second group was asked to write about their deepest feelings and thoughts about negative experiences, while the third group did not write anything.

Compared to those who wrote about negative feelings or those who only got counseling, the group who wrote gratitude letters reported feeling better, and they reported an improvement with their mental health 12 weeks after the experiment.

One group described five things that they were grateful for that had happened to them in the past week. Another group recorded the daily troubles from the previous week that made them sad and angry, and the neutral group was asked to list five events that deeply affected them, but they were not told whether to focus on the positive circumstances or negative circumstances.

Ten weeks later, the participants in the gratitude group felt better about their lives, and their mental health got better, too, they were reported to be 25% happier than the troubled group. The gratitude group became more active too as they exercised 1.5 hours more every day.

Researchers from Berkeley identified how gratitude works on our bodies and minds. They give four insights from their study suggested what causes the psychological benefits of gratitude.

Gratitude eliminates toxic emotions such as anger, sadness, grief, and jealousy. Gratitude has lasting effects on our brain as it can help change our perspective.

The researchers at Berkeley used an MRI scanner to measure the activity in the brain, while people from each group did a gratitude task. During the task, the participants were given money by someone. This person's only request was that they pay it forward if they feel grateful.

This task was done because they wanted to know the difference between actions that are motivated by gratitude and actions that are driven by other motivations such as guilt, obligation, and what other people think. This study is important because you can't fake gratitude, and you need to really feel it.

If you do not feel grateful, you can practice trying to feel thankful by taking numerous steps like keeping a journal. This could be good for your mental and physical health.