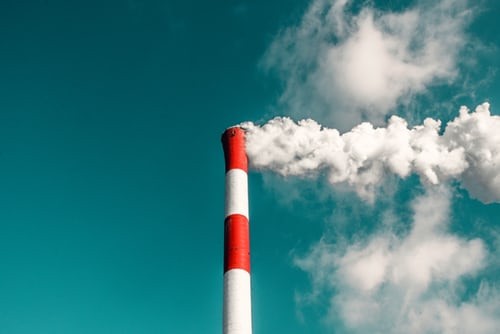 (Photo : Photo by veeterzy on Unsplash) According to the World Health Organization, air pollution kills at least 7 million people per year.

Climate change can no longer be denied. News of its effects are scattered left, and right and calls from scientists and environmental activists to hold big companies accountable for their contribution to carbon dioxide emissions are getting louder. But while the battle for a just and sustainable world is far from over, scientists are dedicating their knowledge in developing ways to live in eco-friendly ways and expose the effects of climate change. For instance, just this week, a systematic review of global data had discovered that people living in areas with a high percentage of air pollution are more susceptible to depression and suicide. The research suggests that cutting air pollution until it reached the European Union's legal limit can prevent depression from developing in people.

Also this week, an international team of experts generated the first scientific targets for a nutritionally sound and sustainably produced a planetwide diet.

HOW DOES AIR POLLUTION CONTRIBUTE TO THE DEGENERATION OF MENTAL HEALTH

While scientists can neither confirm nor deny this claim due to difficulties in proving beyond doubt, they agree that air pollution can, indeed, contribute to depression and suicide. Researchers analyzed the particle pollution produced by burning fossil fuels in vehicles, homes, and industries and claims that the new evidence discovered by their research strengthens the calls to tackle the emergency of air pollution.

Lead researcher Isobel Braithwaite of the University College London said in an interview with The Guardian, "we have shown that air pollution could be causing substantial harm to our mental health, making a case for cleaning up the air we breathe even more urgent." She also explained that meeting the European Union's limit or air pollution can make a difference in one's mental health. "You could prevent about 15% of depression, assuming there is a causal relationship. It would be a very large impact because depression is a very common disease and is increasing." She said.

Braithwaite explained that the tiniest particles of toxic air reach the brain through the bloodstream and the respiratory system and that it can also cause an increase in brain inflammation, damage nerve cells, and eventually lead to changes in stress hormone production.

To be able to come up with this research, the team's methodology includes using strict quality criteria to select and gather research data from 16 countries that were published until 2017. The data gave a strong statistical connection between polluted air and mental health degeneration. Fortunately for the team, there are recent research journals that support their claim. These studies have made a connection between high levels of air pollution and high mortality and the increase of depression risks in teenagers.

The study made by Braithwaite and her team analyzed air pollution particles that are smaller than 2.5 micrometers, and people who are exposed 10 micrograms per cubic meter for a year or more have a 10% increase in the risk of having depression. The journal is published in Environmental Health Perspectives this month.

HOW TO EAT CORRECTLY TO SAVE THE PLANET

According to EAT-Lancet Commission, the global diet should emphasize plant-based foods and should limit animal products. Large scale piggeries and poultry farms are contributors to carbon dioxide emissions, and by creating a plant-based global diet, it will cut the demand for meat by half. Instead of meat as a protein source, nuts and fruits will be more available in the market.

To be able to come up with this global diet, scientists calculated diets by analyzing a food's nutritional data, followed by its environmental impact. There will be foods that are recommended to be eaten in larger amounts, such as vegetables. EAT-Lancet Commission produced a full-detail scientific report on what constitutes a healthy and sustainable diet.