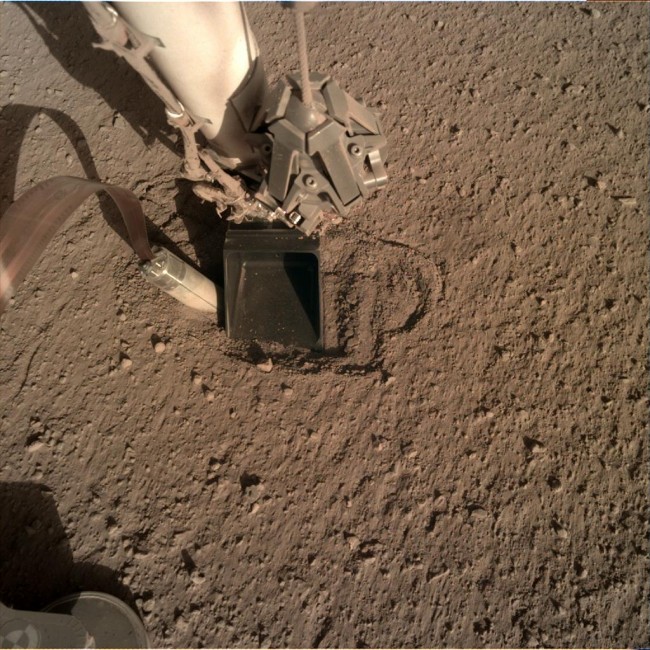 Astronomy is not always made up of serious stuff. Sometimes, if not most of the time, it can be somehow a source of frustration and comic relief. Just like what happened with the "troublemaking" burrowing heat mole on NASA's Insight Mars lander.

WHAT DOES THE MARS INSIGHT LANDER DO?

NASA developed the InSight lander to be the window to the inner sanctums of the Red Planet--designed with instruments that are specialized in subsurface missions in the Martian topography. The Mars InSight Lander is meant to seek the signatures of the processes that shaped the rocky planet. Its robotic arm reaches 5 feet 9 inches long and lifts a seismometer and heat flow probe from the deck and puts them on the surface. It also has a camera that is located in its arm to be able to capture three-dimensional views of the landing site, instrument placement, and activities.

The Mars InSight lander was able to touch down on Mars last November 2018 together with its burrowing instrument, which astronomers call "mole" and a super-sensitive seismometer to study motion. Here comes the amusing part: right when the InSight lander personnel signaled for the mole to start digging, something went wrong and made all the scientists and engineers that are affiliated with the mission frustrated and immediately started to draft strategies in order to get the mole moving.

Images were captured documenting the situation from every angle, even evaluated the soil and the rocks in the area, and mimicked those characteristics here on Earth to do some testing. As if like the mole is already tired of the whole mission, the camera was able to document that the mole popped out of Martian crust.

This isn't the end of the troublemaking mole yet. Recently, the team tries to maneuver the lander's arm to push the mole sideways gently. NASA announced last November that this technique was successful in making the mole dig itself for about 1.25 inches and has been continuing doing so up to this day.

HOW DOES THE SEISMOMETER ON MARS INSIGHT WORK?

InSight's seismometer is relatively more behave than the mole and is also keeping itself busy as the astronomers behind the mission reported a series of significant marsquakes detected on May 22 and July 25 of this year. These marsquakes originated in Cerberus Fossae, a tectonic area which is now considered as the first active seismic activity zone on the planet.

The Seismic Experiment for Internal Structure (SEIS) aboard the Mars InSight has successfully sensed at least 21 marsquakes since the InSight's landing on the surface of the planet. To be able to detect and monitor these marsquakes, the SEIS was designed to listen to tectonic activities and measure how they travel throughout the planet, which also helps in mapping the interior of the Red Planet. Although it started out relatively weak (the SEIS can not detect seismic signals at first), the seismometer brought home a lot of information by the start of April, although these signals are brought on by the wind rather than seismic activity.