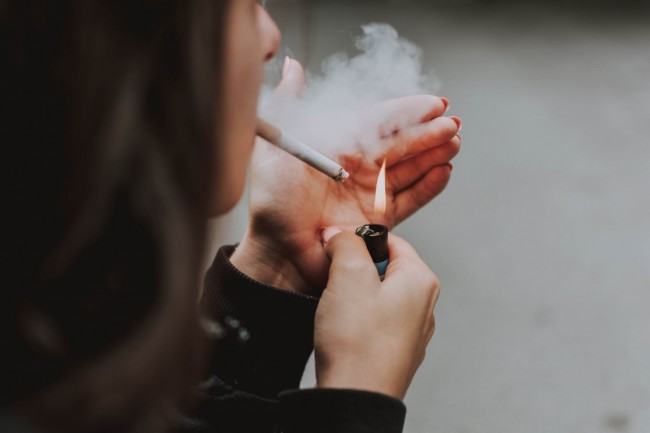 According to the National Youth Tobacco Survey data that was released by the U.S. Centers for Disease Control and Prevention, more than 6 million middle and high school students were currently using tobacco products in 2019. The survey found that 1 in 3 high school students and around 1 in 8 middle school students are current tobacco users, meaning that they had used the product at least once in the 30 days.

For the past six years, electronic cigarettes were the most commonly used tobacco product among high school and middle school students. Around 55% of students reported using e-cigarettes only. Other tobacco products used by students included cigarettes, cigars, hookahs, smokeless tobacco, and pipe tobacco.

Around 53% of high school students and more than 23% of middle school students reported that they'd tried a tobacco product. The director of CDC, Dr. Robert R. Redfield, said that the nation's youth are becoming exposed to nicotine, a drug that is highly addictive and can harm brain development. Youth use of any tobacco product, including electronic cigarettes, is unsafe.

At least a third of the students were also using more than two tobacco products. The second most used product was cigars and the one that is used the most in combination with electronic cigarettes. Among youth, the symptoms of nicotine dependence increase in those who use a combination of products compared to those who only use one tobacco product.

Why do young people try smoking?

The report showed two main reasons why young people smoke. The study implied people smoke because they often see tobacco product advertisements that enticing them to buy. The flavored tobacco products ads were able to convince them to try.

This year alone, almost 9 in 10 middle and high school students reported exposure to such advertisements to form at least one source.

Among the current tobacco product users, flavored tobacco use was 72.8% among high schoolers and 59.6% among middle schoolers. Almost 30% of the students perceived little to no harm from intermittent use of electronic cigarettes, and more than 16% saw little to no harm in using hookahs.

Even though the current use of flavored tobacco products was a bit higher in males, females were slightly more susceptible to general electronic cigarette use.

Taking care of the health of teens

On September 11, President Donald Trump said that the US Food and Drug Administration would put out some strong recommendations regarding the sale of flavored electronic cigarettes. At the time, the US Health and Human Services Secretary Alex Azar stated that the policy would require electronic cigarette companies to take non-tobacco-flavored products off the market, and that includes menthol and mint.

A policy regarding this has not yet been announced. The acting FDA Commissioner Dr. Brett Giroir, HHS assistant secretary for health, said in a statement that they are fully committed to preventing children from using harmful tobacco products like electronic cigarettes and they will continue to develop policies that will achieve that objective as soon as possible.