CHEOPS Launched by European Space Agency to Search for Exoplanets 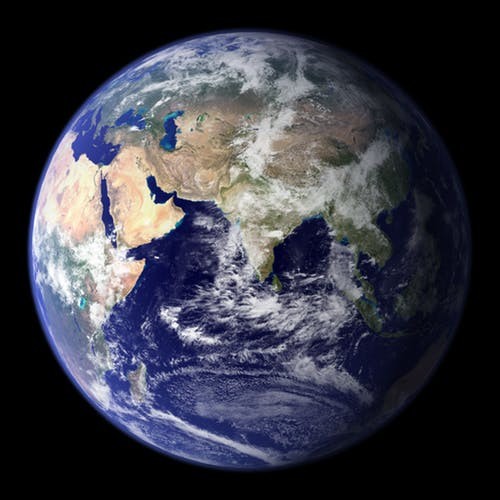 The ESA or the European Space Agency has launched a new mission that will help experts take a closer and better look at the bright stars that are nearby and are known to have exoplanets orbiting around them. Also known as CHEOPS or Characterizing Exoplanets Satellite, the 1.5m probe is the first dedicated ESA mission to study exoplanets. The probe was launched on December 18, 2019, from the European spaceport in Kourou, French Guiana.

CHEOPS will measure the brightness of the stars, from a sun-synchronous polar orbit with an altitude of about 700 km, and look for tiny dips linked with transit instead of searching for new planets. Transits are when an exoplanet passes in front of its star, blocking some of the light that reaches Earth.

CHEOPS is said to study about 500 of the known exoplanets out of 4000 exoplanets during a 3 and a half-year period. These planets have been discovered from previous planet-hunting satellites already, such as NASA's Kepler and Transiting Exoplanet Survey Satellite missions as well as ESA's Corot probe.

CHEOPS has a mass of 280 kg, and it contains a single optical Ritchey-Chrétien telescope, with an aperture of 30 cm. It will measure the radius of exoplanets that have a mass of that between Neptune and Earth to an accuracy of around 10%. The probe will also study the atmosphere of larger planets, those that are around the size of Jupiter. The first data is expected to be released early in 2020.

CHEOPS was chosen in 2012 from 26 proposals as an S-class mission, which have a cost of around €50 million. CHEOPS was launched together with the Italian space agency's Cosmo-SkyMed earth-observation satellite as well as three CubeSats. Around 20% of the observing run will be available to guest observers, according to ESA CHEOPS project scientist, Kate Isaak. She said that Scientists from around the world will be able to capitalize directly on the amazing and unique capabilities of CHEOPS.

All of the planets that are in the solar system are known to orbit around the Sun. The planets that orbit around other stars are called exoplanets. Exoplanets can't be seen by using a telescope as they can be difficult to see since they are hidden by the bright glare of the stars in which they orbit.

Because of this, astronomers use other ways to study and detect these distant planets. They look for exoplanets by looking at the effects that these planets have on the stars they orbit. One way to look for exoplanets is to look for wobbly stars. A star that has planets does not orbit perfectly around its center. From far away, this off-center orbit makes the star look wobbly.

Numerous planets have been discovered using this method. Only big planets like Jupiter can be seen this way. Smaller Earth-like planets are much harder to find because they make only small wobbles that are difficult to detect.

In 2009, NASA launched a special spacecraft named Kepler to search for exoplanets. Kepler looked for planets in a range of orbits and sizes. These planets orbited around stars that differ in size and temperature. Some of the planets discovered by Kepler are rocky planets that are at a special distance from their star. This sweet spot is known as the habitable zone, where life may be possible.