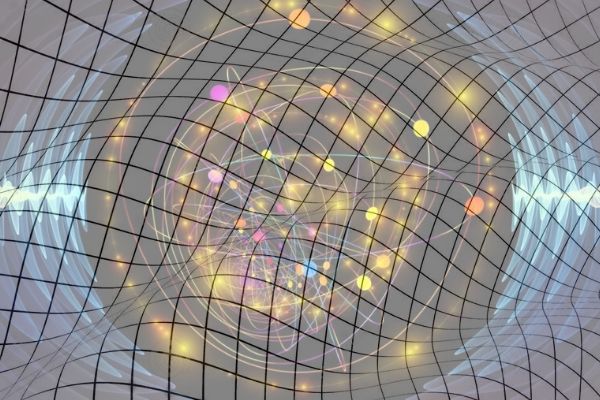 (Photo : fossbytes.com)
The quantum world seems to settle for just one flavor when there is more to be found in the quantum soup. This favorite taste may not be the only one, as it is investigated by physicists.

The quantum world is like a boring cook, with endless possibilities of flavors. It settles for one favorite taste which is weird, but like cooking, different condiments make up these quantum particles. For some reason, particles like electron, muon, and tau each have their distinct taste or signature. Physicists try to make different experiments to cook up a "quantum" soup that will have a different flavor.

No matter what is done to change the recipe of quantum experiments, by mixing it up like fusion cooking, to no avail. Asking the genie out of the bottle is yet to be achieved, all we have is the mystery of quantum one flavor only. With the genie out of the bottle, there will be secrets to know about everything from dark matter, to how the first quantum particle was born.

In the universe, there is a standard model that is perfect and not to be messed with. The four forces of the universe are the glue that holds everything in reality together. That means one quantum flavor is produced, most of it is tested by physicists and proven till now.

But there is a spoiler called dark matter that is making things difficult to explain. Or another is neutrinos that make up the matter as well, which is not exactly a picnic for the scientist looking for an answer. When it comes to this the standard model is not so standard anymore, which is discombobulating everything in the physicist's quantum soup mix.

Choose a flavor or particle, throw in an electron, muon, and tau with leptons for extra garnishing for the quantum soup which are other flavors to add. If the standard model is the soup base of these quantum ingredients, which is getting confusing for most. If ever the standard model gets muddled up, and physicists are shaking their heads with unwieldy data.

The light show inside a large hadron collider at CERN

One way to see what happens in the quantum world is to crash particles into each other. Engineered are collisions that produce energy which is recorded to gather evidence about these sub-atomic particles. Predicting whether a lepton or maybe a bottom quark becomes a lepton or an electron too. But, these bottom quarks can transform into a muon or tau particle.  All because of the uncertainty of determining what flavor comes out from this quantum mess.

Cracks are seen in the standard model

As more flavors are used in quantum destruction derbies, and the Higgs boson mixes it up with leptons makes the quantum mix more unpredictable than ever. It is difficult to know if flavors or the quantum soup anomalies are either a quirk or natural occurrence. What governs the tau, muon, leptons or electrons with how they react or act. Is there another force or unknown universal law that takes all these flavors in the quantum soup into consideration.

Peering into the quantum world choosing the right particle ingredients is hard, the recipe still is not complete. All these sub-atomic flavors are clashing with the standard model recipe too. When physicists coax the genie out of the bottle for sure, the perfect quantum soup with more favorite tastes will be delicious.

Related Article: The Quantum World May Have a Favorite Flavor, Tantalizing Results Suggest