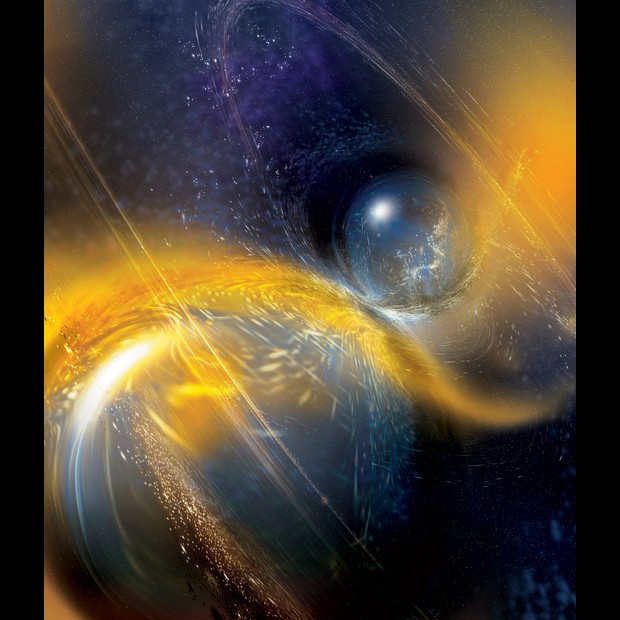 Astronomers were amazed to find a collision between two neutron stars in another galaxy through the Laser Interferometer Gravitational-wave Observatory (LIGO) and the Virgo Interferometer. This is the second time that a collision was captured by the detector but these stars are much more reserved than the first.

Back in 2017, astronomers were excited to announce that they have witnessed ripples from two neutron stars that merged and this caused a simultaneous flash of light from across all electromagnetic spectrum and a radiant energy that was witnessed in observatories around the world. It was, for astronomers who were able to witness it, probably a sight to behold. So one can imagine their surprise when they cannot immediately identify the location of the second neutron star collision in the sky.

According to Katerina Chatziioannou, an astrophysicist at the Flatiron Institute in New York and the presenter of the findings at the recently held meeting of the American Astronomical Society, the event was picked up as early as April of last year during the third observing round of the LIGO and Virgo Observatories. However, only one of LIGO's detectors was able to register the collision. It was unfortunate that the Advanced Laser Interferometer Gravitational-wave Observatory in Hanford, Washington was offline at that time. It could have helped LIGO in identifying the location of the source of collision because apparently, it was too weak to be picked up by the Virgo observatory in Italy.

But, the team was positive that the ripple was caused by a neutron star collision. They deduced the neutron stars in question most likely have a combined mass that is 3.4 times greater than the Sun. Chatziioannou explains that the collision could have happened 290 million to 720 million light-years away from our planet. While astronomers are a bit disappointed that there are no electromagnetic counterparts included in this intergalactic event, they are not surprised. After all, the light that was experienced in the previous neutron star collision was made possible by the jets of gas that were released from the crash. Although it is possible that a flash of light occurred and that the astronomers were just unlucky not to see it because there is only one gravitational-wave detection facility.

Since the beginning of the observation last April, there are already 43 unretracted alerts of gravitational-wave events. As the observation project will end in April of this year, astronomers have plenty of time to analyze GW 190425, or the recently recorded second neutron star collision. Astronomers attempted to catch a light-emitting counterpart to the gravitational waves but all of the efforts so far have been unsuccessful. The LIGO detector in Livingston, Louisiana was the only facility that was able to detect the gravitational waves and is not able to triangulate sources and it is no surprise that follow-ups are a bit difficult to conduct.

Astronomers are optimistic about this discovery. Although the primary observations came in a bit short, nevertheless they were able to gain insights and additional knowledge from gravitational waves alone.