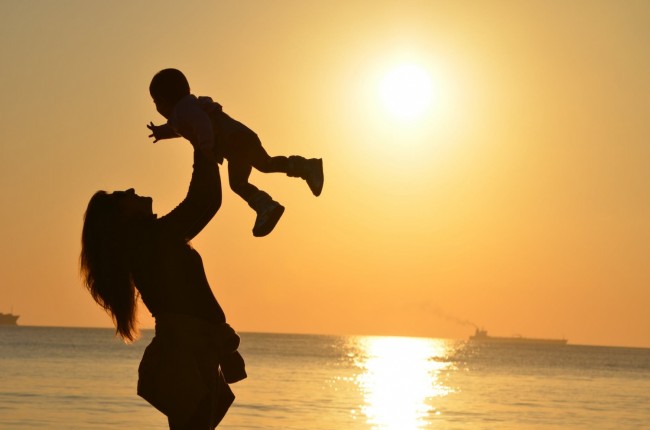 Less physical activity for babies that are below one year old may lead to more fat accumulation, which in turn may turn into obesity later in life, according to a study that was led by researchers at the Johns Hopkins Bloomberg School of Public Health.

In the study that was published in the journal Obesity, the researchers tracked the physical activity levels of around 506 babies by using a small ankle-worn accelerometer for four days per tracking period. The ages of the infants were 3, 6, 9 and 12 months. For each tracking period after three months, the average physical activity increased by 4%, in line with babies that are becoming generally more mobile and active over the course of their first year. Among the babies, high physical activity measured by the accelerometer was linked with lower central adiposity, which is a measure of lower-torso fat accumulation.

Lead author of the study, Sara Benjamin-Neelon, Ph.D., JD, associate professor in the Department of Health, Behavior, and Society and the Helaine and Sidney Lerner Professor of Public Health Promotion at the Bloomberg School said that this is the first study to show a link over time between higher levels of objectively measured physical activity and lower central adiposity in infancy.

There is also evidence that babies who gain weight fast in the first months of their life are more likely to have obesity years later in middle childhood. About 40% of adults in America, more than 90 million people, are obese, and up from 15% in 1970. Obesity brings a great risk of diabetes, certain cancers, heart disease, autoimmune disorders, and many other ailments. Scientists suspect the rising obesity rates are linked to higher-calorie diets. They also linked it to lower rates of physical activity, and that both can start promoting obesity in early life.

Benjamin-Neelon said that some evidence suggests that the earlier that you get babies walking and crawling and giving them the opportunities to move freely throughout the day, the more that you can help protect them against obesity later in life.

The study was a part of a larger study of babies obesity and their growth, called the Nurture study, which covered around 666 mothers and their babies from North Carolina, and area from2013 to 2016. Of this group, Benjamin-Neelon and her colleagues were able to get accelerometer data for 506 infants. More than two-thirds of the babies in the study were black, which is an underrepresented group in America's birth cohorts. The rates of obesity have been increasing faster among black children, as well as Latino children and Native American children, compared to white children.

Studying the physical activity levels of babies has challenges. The accelerometers that track the movement of babies, like Fitbits that adults use, can provide objective measures of activity in principle, and have been used successfully in research on preschoolers and even toddlers.

For infants, their movements are initiated by a parent, like carrying the baby, it can complicate the data. The accelerometer measures all movements whether it is initiated by babies or caregivers moving the babies. Still, the results of the new study suggest that it is possible to overcome this recorded limitation.

Benjamin-Neelon says that they know that babies grow older and they start walking and crawling, their physical activity levels increase and they saw these increases in their study, which makes me think that there is some validity to the use of accelerometers for babies.

She also said that even in infancy, it is important for children to move freely. These days, babies are spending more time in high chairs, car seats, and strollers. Perhaps they have not thought enough about the developmental ramifications of these kinds of restrictive devices.

ALSO READ: There is a Link Between Obesity and Brain Functions, Study Finds