NASA on the Lookout for Four Possible Space Missions 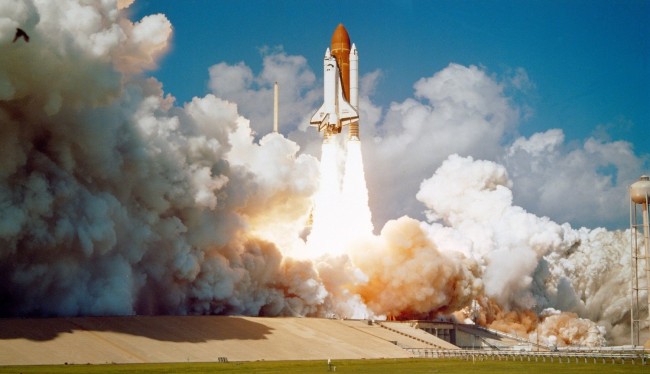 (Photo : Pixabay/skeeze) Consistently, NASA sends out space missions to help us understand our solar system and the space beyond it. In 2021, the chosen mission from their Discovery Program will be revealed.

There is no doubt that the National Aeronautics and Space Administration or NASA has been consistent in their advocacy to explore our solar system and the space that lies beyond it. From sending the first man to step on the surface of the moon to building huge, complicated satellites, the steps they are willing to take to study the anatomy of the universe are boundless. One enduring testament to their dedication is their Discovery Program, which pioneered in 1992. With this program NASA now has four possible space missions to look forward to.

The Discovery Program invites scientists to gather up a team of experts and design a mission that will further man's understanding of the solar system and our place in it. NASA will choose the designs based on the presented scientific value and the level of feasibility; although they admit that not all selected proposals will push through as actual missions, they may serve as a scaffold for future endeavors.

For nine months, the teams, who devised valuable and feasible mission concepts, will work until they come up with a Concept Study Report. To ensure that they will not be hindered by financial constraints, they will be awarded three million US dollars. The selected studies are as follows:

One of NASA's four possible space missions, IVO, aims to know more about the most volcanically active body in the solar system, Io, one of Jupiter's moons. Through this study, McEwen and NASA envision knowing more data about the formation and eruption of magma and how it can affect the body of the planets in the solar system.

DAVINCI+ explores planet Venus, or more particularly, her atmosphere. To date, it has been established that Venus is inhabitable because of its very thick atmosphere which traps greenhouse gases, making it the hottest planet in the solar system. With this mission, Garvin may find out how such an atmosphere developed and if Venus sported oceans a very long time ago. In doing so, we may find out more about the atmospheres of other planets.

TRIDENT looks at Neptune's icy moon, Triton, in the hope that we will know more about the development of habitable planets from way beyond Earth's habitable zone. NASA believes that Triton is an exciting focus because it'll show atmospheric development, erupting plumes, and active resurfacing.

Venus is deemed to be Earth's twin, so how come it's so different from Earth? This is just one of the questions that VERITAS aims to answer by mapping out Venus' geological history. By studying the planet's volcanism, plate tectonics and topography, the changes that Venus underwent will unfold one by one.

As exciting as it is to know right away which among NASA's four possible missions will move forward to the next round, we'll have to wait until 2021.