Diet Soda Alone, May Not Lead to Weight Gain, but Paired With Carbs Does 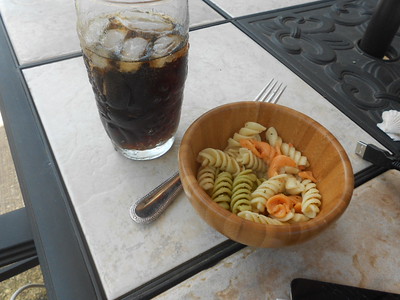 Amidst all the bad news diet soda lovers are getting about their favorite drink, there's a tiny gleam of light they'd get from it.

The gloom took place when a study showed that diet beverages could result in metabolic syndrome, a horrible combination of higher blood sugars and blood pressure that cause weight gain, not to mention, the risk of heart disease, stroke, and diabetes.

Avid drinkers of diet soda need not despair. A new study recently found that it's only when you one pairs the "common artificial sweetener sucralose with carb and not the sweetener alone" that the metabolism changes can result in metabolic syndrome.

So, hypothetically, it means that one can already enjoy diet soda sans unfavorably changing the metabolism of his body if he drinks it all itself.

Meaning, as the said study has it, diet soda won't do any harm to the body so long as it is not too close to carb consumption.

ALSO READ: Too Lazy to Exercise? Is It Genetic?

The Artificial Sweetener Behind the Diet Drink

The said study looked at just one artificial sweetener: the sucralose. All over the world, the most common sucralose brands are Splenda, SucraPlus, Zerocal, Cukren, Nevella, Candys and Cukren. Countless artificial sweeteners may possibly impact metabolism in different ways.

Science Media Centre's Sarah Berry for the UK said the results of the study cannot be generalized to all kinds of sweeteners as the main types of these different sweeteners are typically incorporated into the foods and drinks people consume.

These include aspartame, Ace-K, sucralose, and saccharin. They are metabolized in different ways and thus, have different health impacts.

Even if it was earlier mentioned that drinking diet soda by itself won't lead to weight gain, this doesn't mean it's a totally healthy drink.

Therefore, one who drinks this kind of beverage regularly and frequently might want to consider ditching it.

A really alarming portion of the study indicated that, through the use of sensitive brain scans, the researchers discovered that eating sucralose and carbs together changed the brain part that controls a person's metabolism in what seemed "to be lasting ways."

The implication of Drinking 2 or More Diet Soda a Day

Science experts admit that despite the recently conducted study, much more research is needed. More so, according to Berry, soda lovers must be warned as there is an undeniably real possibility that the gleam of light mentioned earlier will soon disappear.

The study, Berry added, "supports findings to suggest" that people should not see diet sodas as a healthy alternative to sugar-sweetened beverages because they are labeled as 'sugar-free.'

Taken all together with the proof to back a harmful impact of sugar on health, the study recommends for the avoidance of over-consumption of both artificially-sweetened and sugar-rich foods and drinks.