Stony Corals Are About to Go Extinct 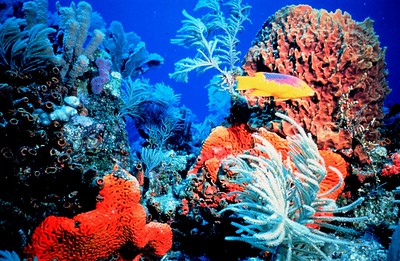 Stony corals provide a home for an astonishing 25 percent of the ocean's species. They function as the main attraction, a diverse and rich ecosystem. But recent studies provide the reason why their behavior has turned a major concern among the scientists.

New research states that stony corals all over the world are squatting down into survival mode, seemingly, in preparation for mass extinction. This was according to a study published in Scientific Reports.

Scientists noticed a set of behaviors corresponding to a survival reaction proportionate with the manner they behaved about 66 million years ago when the last mass extinction took place. New York's researcher-representative, a biologist, David Gruber said, when they finally put all their research together and came up with the result, for him, it was a moment when the hair on the back of your neck stands up. He added it was like, the corals were doing just as what they more than 60 million years ago.

The researchers reported rich-history corals in comparison with modern species. Coral skeletons leave a permanent, time-marked record of fossils for scientists to evaluate the conditions that result in their deaths.

Relatively, experts were able to make a comparison of the more than 800 oral species with fossils on the list of threatened species which the Union for Conservation recognized, as told to Newsweek.

The scientists studied the traits of the corals that survived from the last mass extinction. Here, they discovered that wavy, colorful corals that attracted scuba divers got destroyed, too. Those that survived were the ones that came from small colonies and sought out deep water which are the same species that show signs of survival today.

Describing what they discovered, Gruber said, it was unbelievably spooky to witness how corals are now displaying similar traits just like they did during the mass extinction 66 million years back. He also added that corals appear to be getting ready to jump across a boundary of extinction while their foot is put further onto the pedestal. Indeed, the scientists admit, coral reefs all over the world are struggling.

Just recently, an enigmatic virus has swiped out huge ribbons of Caribbean corals, a maritime heatwave threatens the Barrier Reef's health in Australia, the climate disaster is threatening to wipe out the majority of the corals by the year 2100, and corals found in the Red Sea are struggling to spawn.

Now of course, even with these studies, there would still be a lot of questions about how and when the extinction will occur. But the researchers emphasized that it doesn't matter what the exact cause is, which leads to the drops in spawning synchrony. What matters, they added, is that their findings serve as a timely wakeup call to begin considering these understated struggles to coral survival and endurance which are most likely also impacting added species in the other regions.