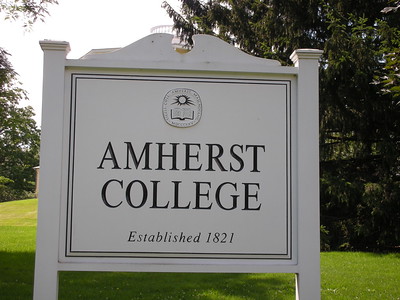 Fearing the possible more danger coronavirus (COVID-19) can bring to the campus, Amherst College, and two other schools have decided to move all classes online beginning March 23 (for Amherst College).

In a statement, the school said they know that a lot of people are set to travel during the spring break even if they've been discouraging it. Because of this, the school added, "The risk of having hundreds of people return to the campus from their trips is too great."

In addition to this, Amherst canceled the classes as well, for Thursday and Friday to give the staff and faculty time to work on their respective substitute courses' modes delivery.

This decision is only precautionary measures for the school since there have not been any COVID-19 cases on the campus reported. However, in Massachusetts alone, 41 people have already been tested positive for coronavirus.

ALSO READ: New York Now in a State of Emergency Due to Coronavirus

Other than Amherst College, two other colleges followed suit. Early Tuesday, Smith and Mount Holyoke colleges announced, they are canceling in-person or face-to-face, physical classes, as well, and hold the rest of their courses by means of alternative means because of concerns of COVID-19. Smith College President, Kathleen McCartney, through an email, referred to spring break and a responsibility to shield and care "for the most vulnerable among us," as the college's main decision factors.

In the said statement, McCartney said they believe that the spring break fosters a possible threat to the school. And since many members of the Smith community are planning to leave for either home or travels, their return from different places can present a considerably increased threat of exposure to the infection, more particularly to coronavirus.

Similarly, Mount Holyoke College implemented the same guidelines although, it announced it will continue the in-person classes until Friday and would extend the spring break by one more week until March 29. The alternative modes, the school announced, will begin on March 30. Based on a message Mount Holyoke president, Sony Stephens sent to the campus, it was stated that it's a must for all students to "move out of on-campus housing by March 20 except for those who have no choice but stay on campus."

Response to the Decision

At Amherst College, students aired their sadness and anxiety about the school's current situation. Julia Finnerty, a senior student said, she believes "the administration was genuinely trying to do what's best" although, she continued, it's really frustrating for them as students, and their futures.

In this school students only have until March 16 to vacate the campus unless they succeed in petitioning to stay on over spring break scheduled from March 14 to 22.

Junior student, Sophie Guthrie said that for a lot of students, "Smith canceling in-person classes" was unavoidable after the decision Amherst made early this week. With the in-person classes' suspension, Gurthie added she would also not be able to complete her internship at the Gazette, anymore.