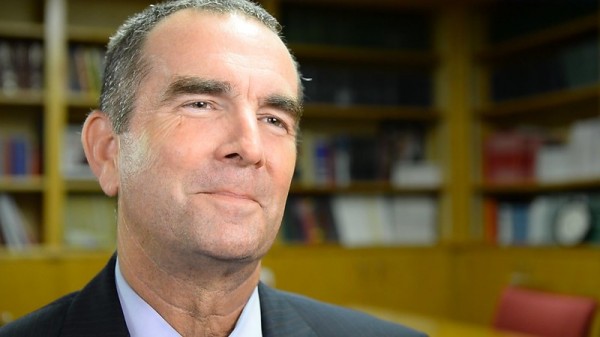 Virginia turned out to be the first southern state in the United States to pledge to achieve pure or 100% renewable energy after it passed a legislation that mandated the transition first week of this month. In September last year, Gov. Ralph Northam inked an executive order (EO) for Virginia to operate on 100 percent renewable energy, to be completed by 2050.

The EO forced some agencies of the state, to develop a plan in order to meet that objective, and, according to PBS via EcoWatch, "for moving 30 percent of the power of the state to renewable sources" in the next ten years.

Meanwhile, the order brought Virginia, as well, to the Regional Greenhouse Gas Initiative (RGGI), a carbon-trading market involving nine states as members. Nevertheless, the Republicans took control of the state house and disallowed Virginia from participating in the RGGI.

But in November, the equilibrium of authority "shifted to Democrats." As a result, the Virginia Clean Economy Act was passed last week.  To date, Virginia is now part of the states, along with the other: Hawaii, California, New Mexico, Washington, Nevada-as well as Puerto Rico and Washington DC which have met the same lawful requirements.

ALSO READ: Switching Energy Supplier: The Best Way To Save Money On Gas And Electricity Bills

Essentially, the bill urged the mandate of Northam up, "five years for Dominion Energy," one of the state's two power companies.. It is set to operate on clean energy at least, by the year 2045. Appalachian Power, the other company is taking into transition by the year 2050.

Additionally, the bill calls too, for assigning aims and objectives for huge investments in energy story, in-state wind and solar power, and energy efficiency.

In relation to the bill, the Virginia Clean Economy Act is also holding costs down, not to mention, protecting both the low-income and weak communities.

The Act is requiring the energy suppliers of the state, too, to enhance and address the power shortage, augment their generation of the offshore wind energy, and invest in solar panels, particularly the rooftop panels.

Sen. Jennifer McClellan from Richmond said that the cost of not doing anything at all is staggering. She added that while this may be quite a big bill, "it does some very vital things" that the state has definitely been left behind, quite so far in doing.

Having said this, the senator also said that at times, change is essential to improve remarkably.

While this bill encountered so much criticism from the Republicans , it also encountered some Democratic defections primarily from those who firmly believed that the said bill is not strong enough to be enacted.

Relatively, Ibraheem Samirah from Fairfax, a General Assembly Delegate, abstained from voting saying, he did so because the legislation did not succeed in increasing the urgency level needed for the tackling of climate crisis.

Meanwhile, contrasting Oregon, the place where Republicans escaped the state from the establishment of the "cap-and-trade" market, the Virginian Republicans didn't have the choice but to storm out and fold out the regulation.

Incidentally, at present and as earlier mentioned, Virginia has two power major power companies: The Appalachian Power and Dominion Energy. The two are holding a gigantic lobbying power.  They both resisted new developments too, toward clean and green energy.

Nevertheless, a broad alliance sprang up to back Virginia Clean Economy Act. In this Acct, the broad coalition of environmental groups, lawmakers, energy businesses and grassroots groups collaborated to develop the bills, discuss with the major utilities of the state, and martial or direct them to the final or last passage.

And lastly, a study which the Advanced Energy Economy (AEE) conducted concluded that the bill would cut down rates, generate jobs job and improve the GDP of the state. Advanced energy, specifically efficiency, is an enormous and rising source of employment in the Virginia. This was according to an analysis on AEE.