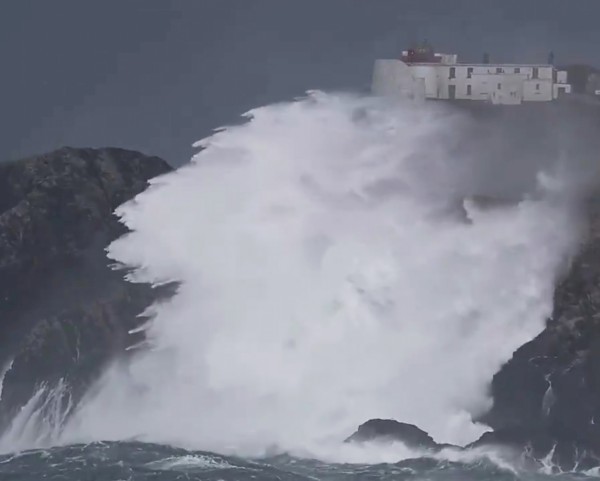 (Photo : Reuters)
Waves crash against a cliff on Eagle Island

As the Earth's temperature rises, higher storm surges and record rainfalls have been observed around the globe taking millions of lives.

The Rise of Sea Levels

Scientists have warned the possibility of annual flooding in 2100 as Antarctica and Greenland continue to shed six times more ice than during the 1990s. The ice that is kilometers-thick melted 6.4 trillion tons of mass from 1992 through 2017. An assessment by 89 researchers the most comprehensive to date has shown 2 centimeters rise to the global watermark.

In the Wednesday issue of Nature, it is reported in a pair of studies that in 2019 the Arctic heatwave will be greater than the 2011 record for polar ice sheet loss of 552 billion tons. It is equivalent to 8 Olympic size swimming pools draining to the ocean every second.

Storm surges from climate-enhanced tropical cyclones will become deadlier and destructive because of the added centimeters-or perhaps meters by 2100- according to experts. Each centimeter added to the Earth's sea level causes coastal flooding and coastal erosion, disrupting people's lives around the world, said Andrew Shepherd a professor at the University of Leeds.

He added that if Antarctica and Greenland continue to be on the way to the worst-case scenario of climate change, it can add another 17 centimeters of sea level by the end of the century.

That is about one-third of the projected rise of sea level in the 22nd century by the United Nation's climate science advisory panel, Intergovernmental Panel on Climate Change assuming that a rapid drawdown of global greenhouse gases might happen which is seen as unlikely to happen by many.

During the 20th century, the melting of glaciers and the expansion of ocean water is accounted for most sea level rise. But over the last decade, ice sheet melt-off has become a major reason.

Climate-enhanced hurricanes are more visible than the sea level rise. They are more common in a warmer climate and tend to move slowly but its intensity is increasing.

One theory for the link between these hurricanes and climate change is that the winds that moves hurricanes move slower when it is in a warmer climate. Since oceans that are warmer transfer more heat to the air, storms also intensify.

Hurricanes bring more rain in a warmer climate. When temperature rise, the evaporation also rise, and so does the heat transferring from oceans to the air. Storms pull in more water vapor and heat as it travels across the warm oceans.

It will then cause stronger winds, heavier rainfall, and more flooding once a storm hits the land.

What the Future Holds

An increase in number of tropical cyclones are expected as the climate continues to warm while the overall number of hurricanes is projected to either decrease or remain unchanged. Cyclones and hurricanes will have higher wind speeds and precipitation rates as scientists have forecasted.

By the end of the century, category 4 and 5 storms might double or more in frequency with the western North Atlantic projected to experience the largest increase.

Recent experiences with super storms have left humanity lessons: Do not ignore global warming, and prepare for the present and future for a changing climate.