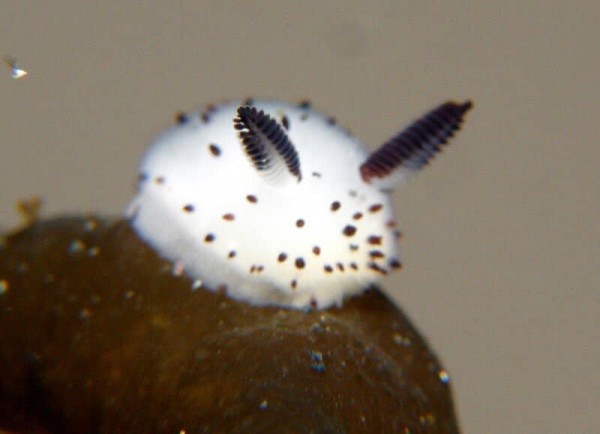 Our world is really fascinating. It is full of life that we know and some that remain undiscovered. Discovering new things about our world broadens our knowledge and helps us appreciate what a wonderful world we have.

Creatures from land, water, and air are really amazing. Just like this sea creature that looks like a bunny but lives under the sea. Let's get to know it better and adore its cuteness.

These round, fluffy, and cute little sea creatures are fondly called "sea bunnies." They are actually sea slugs that belong to the group of mollusks called nudibranchs,  which is classified as the Jorunna parva species that was first described by Kikutaro Baba, a Japanese marine biologist.

These bunny slug species are commonly seen off the coast of Japan, the Indian Ocean, and in the surrounding waters of the Philippines. They are mostly less than an inch, or about 2.5 centimeters, long and have a fur-like coat. This little coat os made up of tiny rods or the caryophillidia that covers its back. The furs are arranged around small knobs sometimes in black giving it a speckled appearance.

Dr. Craig McClain explains on Deep Sea News that the "ears" of these sea bunnies are rhinophores, a type of organ that helps sea slugs sense chemicals in the water and detect changes in currents.  Rhinophores are common to the nudibranchs and they are particularly 'fuzzy' to allow more surface area for this reception to occur.

All nudibranchs can produce both sperm and eggs because they are hermaphrodites. However, they cannot reproduce by themselves because self-fertilization is not possible and therefore they require another bunny slug for fertilize reproduction.

Although the sea bunny in the picture above looks white, they are often yellow in color with black specks and rhinophores; others are a bit greenish too. Debates on whether these different color variations represent separate species are currently being discussed in the scientific community, according to McClain.

Sea slug expert, Ángel Valdés of California State Polytechnic University in Pomona, said that these creatures only live a few months up to a year. Luckily for them, they are very, very poisonous and anyone who eats them will definitely have a hard time afterwards.

Simply saying, these creatures are just for your eyes. You can adore and coo over these fuzzy creatures but just resist the urge to touch those rabbit ears.

Nudibranchs, or sea slugs, are soft-bodied, marine gastropod mollusks that are known for their extraordinary colors and striking forms. It has more than 3,000 described species and more are yet to be discovered.

These critters are snails that have lost their shells after their larval stage and gained new characteristics through evolution. They can be found everywhere in the world and all depths of water but most commonly in the shallow parts like tide pools and coral reefs.

They are very flamboyant especially when they are in coral reefs because they can they stand out as a warning to predators that they are very poisonous creatures or blend into the bright corals. But they can also be an interesting addition to a salt-water aquarium and can help balance the algae levels.

So the next time you go swimming over a coral or go to a tide pool, watch out for a small, but incredibly flashy animal.