Confusion, Stroke and Seizures Present in Some COVID-19 Patients 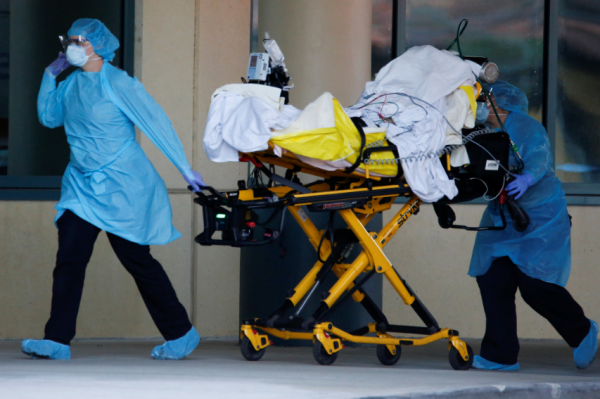 A small subset of coronavirus patients around the world is developing serious brain ailments, according to neurologists.

Aside from the typical symptoms of the infection, such as fever, cough, and difficulty in breathing, some patients are showing altered mental states or encephalopathy. It is a collective term used to describe brain disease or dysfunction, which can have many unusual causes as well as other grave conditions. Joining other unusual symptoms are also a diminished sense of smell and taste, and as well as heart disorders.

Experts from Wuhan, China were the first ones to report these symptoms. A study published in the British Medical Journal in late March found that 113 of the patients who died due to the novel coronavirus have experienced disorders of consciousness, which ranges from drowsiness to coma.

Another one was also recorded having neurological dysfunction was of a 74-year old man with a cough and fever who came to the emergency room in Boca Raton, Florida. But his x-ray results ruled out pneumonia, and so he was sent home.

However, he was sent back to the hospital by his family the next day because of his fever spiked, and he was short of breath. Additionally, the man could not also tell the doctors of his name or explain what was wrong since he has lost his ability to speak.

Before this, the patient already has chronic lung disease and Parkinson's disorder. He was flailing his arms and jerking his legs and looks like he was having a seizure. He was tested for COVID-19 because doctors suspect that he has COVID-19; and indeed, they are right.

Another case also happened on Tuesday in Detroit. A female airline worker in her late 50s with COVID-19 and appeared confused and complained headache. At first, she can tell her name to the physicians but became less responsive over time.

Her brain scans showed an abnormal inflammation swelling in several regions of her brain, and some areas showed some cells have died. It was later found out that she has by the rare complication of influenza and other viral infections called necrotizing encephalopathy.

According to Dr Paul Nee, an infectious disease specialist at the Danbury Hospital in Connecticut, four COVID-19 elderly patients came to the hospital with encephalopathy but had no other symptoms. Two of them needed oxygen briefly after developing a low-grade fever.

Although it is just usual for older people to experience confusion, the unique thing with them is that they have not exhibited any respiratory illness despite testing positive with the coronavirus.

These are just some of the cases reported around the world. Patients with encephalopathy usually look confused and lethargic and may appear unconscious, exhibiting bizarre behavior or staring off into space. Some of them may need immediate care because of seizures.

Most Cases Appear To Be Neurologically Normal

Experts emphasized that although there is a small number of patients exhibiting brain dysfunction, most cases of COVID-19 are normal neurologically.  They also noted that it is too early yet to make definitive statements on the specific mechanisms by which the COVID-19 is affecting the neurological system.