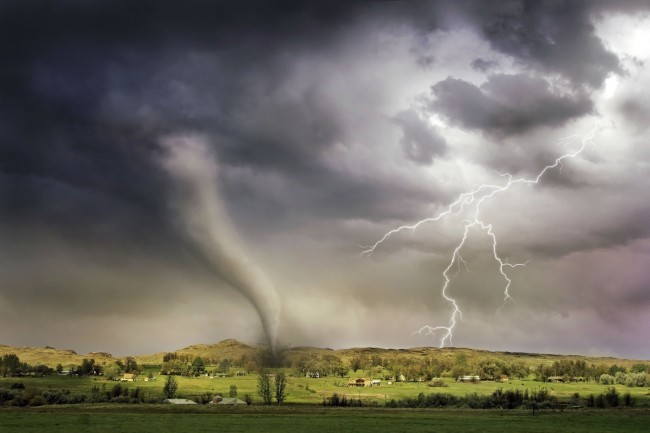 According to the Morristown National Weather Service (NWS), the tornado had an Enhanced Fujita scale of 3 (EF-3). It touched down in Chattanooga overnight, leaving East Brainerd in ruins with an estimated wind speed of 145 miles per hour (mph).

The NWS storm survey team discovered "EF-3 tornado damage in East Chattanooga near Hamilton Place Mall" in a news report from 10 News. They are still conducting surveys as of this moment.

Residents can only describe the aftermath as a war zone. Businesses and subdivisions were destroyed and left unrecognizable by the storm and tornado. Several buildings collapsed and trees and power lines fell to the combination of strong wind and rain.

They now fear for their lives because it struck while the world is battling the coronavirus disease 2019 pandemic. Tennessee Congressman Chuck Fleischmann said their residents now have to face both and start over.

How tornadoes are made

Aside from Tennesse, northeast Alabama and northwest Georgia were also hit by the storms at midnight. These could have formed into tornadoes, which would have caused more destruction.

A man in Holly Hills described a train-like noise that indicated the roof of their home was being ripped off by powerful winds. "But once it was over and walking up the steps it was unbelievable," he said.

Tornadoes form when a thunderstorm has a set of winds. When air rises, it can begin to spin when it is affected by wind blowing it in numerous directions. It will be pushed to the side by the winds then blown again in another direction. These factors will cause rising air to spin.

According to the University Corporation for Atmospheric Research or UCAR, "there also needs to be spinning air near the ground. This happens when [the] air in the storm sinks to the ground and spreads out across the land in gusts. Gusts of warmer air rise as they blow. Gusts of cooler air sink as they blow across the land. If there are enough rising and sinking gusts, the air near the ground starts spinning."

Tornadoes can come from all types of storms. But they occur mostly during supercell thunderstorms, considered to be the strongest type of thunderstorm. As long as all the right elements are present, a tornado can form.

UCAR added, "the rotating air moves horizontally across the land, and can be tilted vertically by the force of the rising, rotating air. That allows a tornado to form."

The significance of the EF scale

This thunderstorm is classified as severe because it had wind gusts exceeding 50 knots or 57.5 mph, as well as a tornado. According to the National Severe Storms Laboratory, the US has 100,000 thunderstorms every year, with 10% reaching severe levels.

There are five (5) EF scales: 0, 1, 2, 3, 4, and 5, and described as Gale, Moderate, Significant, Severe, and Incredible, respectively. Since it's summertime, ­high humidity and warm temperature are always present, especially in the southern United States. These ingredients create an enormous amount of warm air, forming a thunderstorm. Thunderstorms also form during spring, but can also happen anytime.