WANTED: UK is Offering About $800 to Volunteers of its First COVID-19 Vaccine Human Trial 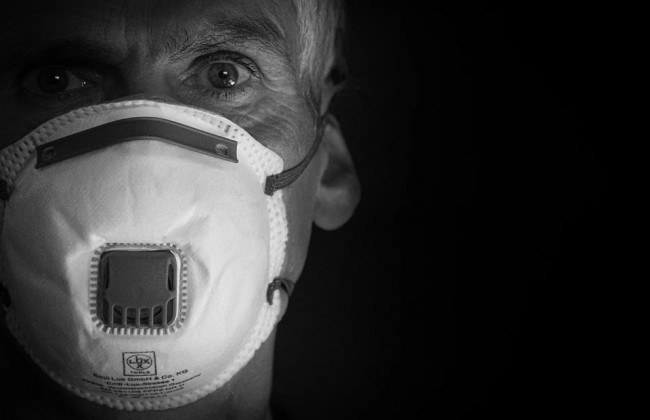 The United Kingdom (UK) is looking for 18 to 55-year-old volunteers for one of its first vaccines for Coronavirus Disease 2019 (COVID-19) this week.

According to the Daily Mail, "Imperial College London is calling for volunteers to trial its separate vaccine in the weeks ahead. Anyone who is healthy and aged between 18 and 55 can take part at Imperial College London, University Hospital Southampton plus Bristol Children's Vaccine Centre."

The study will test if potential inoculation of the Oxford vaccine, ChAdOx1 nCoV-19, will be effective against COVID-19.

The trial volunteers will be divided into two: the first half will get the new coronavirus vaccine, while the other half gets a vaccine for meningitis. They do not know what vaccine they will receive.

Andrew Pollard, one of the members of the Oxford team, senses a potential outcome in their study. "For most vaccines the immune system in older adults, particularly those over 70, doesn't make such good responses," he said.

Read now: Destined to Die: Roundworm Has a Self-destruct Program to Lower Its Colony's Demand for Food

The new jab is based on an adenovirus, which causes common colds. It was taken from chimpanzees and damaged so it won't make humans ill.

Scientists genetically engineered the virus "so that it makes 'spike' proteins found on the outside of the COVID-19 viruses and are essential to its ability to infect people," according to the Daily Mail.

If the vaccine works, a vaccinated person won't catch COVID-19 because the body already knows how to attack the proteins outside the virus. "Therefore, the immune system will in theory be able to destroy it before it is able to cause any symptoms," the Daily Mail added

'In normal times, reaching this stage would take years and I'm very proud of the work taken so far.'

Each volunteer will receive $235 to $772 for participating in the study, which is the first British human vaccine trial for COVID-19. Health Secretary Matt Hancock said he was "throwing everything at" Britain's attempt to develop the first vaccine for COVID-19.

Read now: Scientists Unveil Breakthrough 'Bath Sponge' For Cars That Could Store More Gas Without The Need For Costly and Humongous Tanks

Hancock added the government will give Oxford scientists an additional $24.7M to help them with their trials, while Imperial College London will receive $27.8M for one of their projects. Researchers are positive that large-scale production of the vaccine could happen in September.

ChAdOx1 nCoV-19 is the first British-made vaccine that will have real-world trials. The government is hopeful that it will eliminate COVID-19 in the country, which has infected over 125,000 and killed over 17,000 people.

The upcoming trial will last for six months and be limited to only a small number of people. This will help scientists assess if the vaccine is safe and working without wasting unnecessary resources.

According to the Daily Mail, "each patient must return for between four and 11 visits after the jab - and without the risk of large numbers of people being affected if something goes wrong."

Hancock said developing vaccines can take years. But if the jab is a success, it can ramp up manufacturing and production so it can be rolled out to the public faster.

Oxford Vaccine Group and Imperial College London are the leading vaccine developments in the world. According to the health secretary, "The UK is at the forefront of a global effort. We've put more money than any other country into the global search for a vaccine."

Oxford University's Jenner Institute and Oxford Vaccine Group started developing the vaccine in January. It took them four months instead of five years to develop the Oxford vaccine because "they already had a base vaccine for similar coronaviruses," according to the Daily Mail.

Pollard said their team had "a head-start already done on the coronaviruses such as SARS and MERS following outbreaks in recent years."

Hancock said, "In normal times, reaching this stage would take years and I'm very proud of the work taken so far."