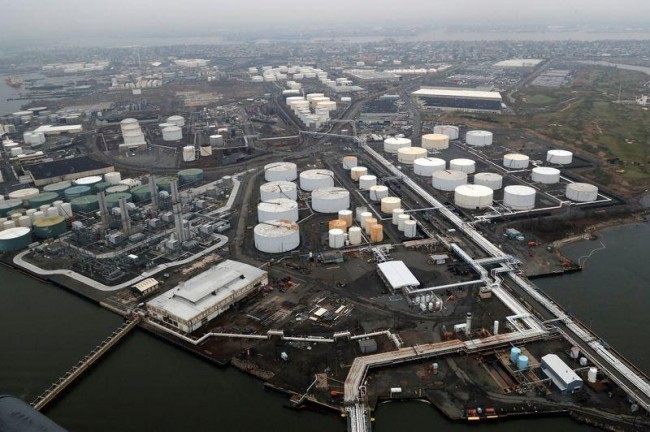 Economies all around the globe are battling the effects of the COVID-19 epidemic that has shattered the prices of major commodities and stocks. Oil has hit the lowest prices witnessed since the gulf war.

The oil market has however had major challenges way before the pandemic happened. In 2012, a Belfer Center for Science and International Affairs study warned that oil output capacity would rise to 110 million barrels per day (BPD) in 2020, up from the year's 93 million BPD.

The paper predicted that the production surge would be highest in Canada, Iraq, Brazil, Venezuela, and the US. In his paper, Leonardo Maugeri, said that oil demand was already sluggish because economies were lagging and there was an increased focus on energy efficiency. For this reason, the crude oil price would collapse. True to his word, by 2017, OPEC was already at loggerheads with the US oil sector. The US was pumping over 9.6 million BPD of oil by 2015.

By late 2019, the oil market was flooded and the US was now producing 12.3 million BPD, making it the world's largest producer. Pipelines that would transport the crude out of Texas had gone up all over the continent towards the Gulf Coast and the US became a net exporter to a world already well supplied with oil.

An oil price crash was imminent despite Saudi Arabia and Russia's earlier decision to cut back on production and the US imposed restrictions on Venezuela and Iranian oil exports.

In 2020, the perfect storm formed in the oil market. Prices went on a free fall as demand fell. There have been recent positive changes but oil prices have once more moved lower, negating all earlier gains.

The West Texas Intermediate (WTI) for instance has lost 2.43 percent or 60 cents and is currently settled at $24.14 per barrel. The Brent crude international benchmark, on the other hand, is resting $29.60 per barrel losing $1.37 from each barrel, a 4.4 percent loss. In early April, oil had begun to rise steadily as bullish factors such as cut production values and a rise in Saudi Arabia crude brought in some optimism to the crashing market.

The demand for gasoline has also been increasing as more economies around the globe ease their COVID-19 lockdown measures. Most industry players including the largest oil producers have agreed to curtail production.

The US, for instance, will produce 1 million barrels less in the next few weeks. Saudi Arabia is also slowing its production by 1 million BPD, which when combined with its OPEC cuts will total to 4.8 million BPD for April. The Western Asia country will also scale back its May and June production. It is, therefore, a shocker that crude oil price is still in the red despite nascent signs of its rebound.

Losing momentum amidst production cuts is attributed to the fear of a second coronavirus wave. Countries like South Korea that have seemingly flattened the curve have been reporting a new jump in infection rates.

The fall of global crude oil prices, however, has been a long time in the making. In 2019, major industry leaders disregarded a Goldman Sachs warning that the price of crude could hit lows of $20. The investment bank's head of commodity research Jeff Currie said:

"The risk of USD 20 is driven by what we call a breach in storage capacity, meaning that you have supply above demand, you fill every storage tank on planet earth, and then you have nowhere to put it."

Currie added that the supply market corrections were bound to occur via a price crash to values that would make the production of crude unprofitable.

There have been many theories that try to explain why oil prices have been so volatile in the last few years. In 2019, the most accepted theory was that there were many geopolitical disturbances. First, there was the closure of the Strait of Hormuz, then fears of an Iran -US all-out war.

The US was also embroiled in an economic war with China, a factor that was adversely affecting both economies before the COVID 19 outbreak. The most hushed of these theories has been one on the oncoming wave of crushingly low prices.

Past warnings of a future age of trade disputes, demand destruction, and economic climate deterioration have been unheeded, yet these challenges are now reflected in today's oil market.

It is for this reason that even the most significant of geopolitical events tied to oil cannot sustain high oil prices. The oil industry before COVID-19 had a fundamental problem; there was sluggish demand for the product yet robust production.

By all measures, the trend will continue, and prices in the market will keep falling. While it is true that the industry is prone to boom and bust cycles, ultra-low prices will stymie any additional investments in the industry.