Illegal and Unethical Selling of Skulls, Fetal Remains, and Mummified Corpses: Under Investigation on Facebook

Facebook is currently carrying out investigations on allegations that some people are using private groups on the social media platform to sell human remains such as skulls, preserved fetuses, and mummified corpses to various collectors.

The conspiracy was first discovered by LiveScience, which spent ten months going through the listings and catalogs of items being put up for sale or requested by interested buyers.

They found that many of the human remains listed claimed to have been obtained from historical or archaeological sites from around the world. One seller even asserted looting a human skull from the catacombs in Sousse, Tunisia, which he offered to sell for $550.

Although Facebook has a policy explicitly banning the sale of human body parts and fluids, users seem to have gotten around the restriction by taking advantage of the site's "private group" feature.

Legal authorities warn that these practices are also criminal under both the United States and international law. Furthermore, practice is a threat to governmental and academic efforts to safeguard historical artifacts at archaeological sites around the world.

Also Read: The Mummy Shroud Rediscovered After 80 Years At The National Museum Of Scotland

According to Ryan Seidemann and Christine Halling from the Office of Louisiana's Attorney General in the Lands & Natural Resources Section Civil Division, it is doubtful that any person donating their remains even for science, ever wanted to be a personal collectible for any individual.

Made more clearly, the human remains being put on sale were derived from tombs or burials. Those remains were purposely meant to stay there, and retrieving them violates those beings' intended purpose.

So far, the investigation has documented a vast array of different listings, such as one user attempting to sell a mummified six-year-old child for around $12,247. The seller claimed it dated back to the 1700s.

Another seller listed a human skull for $1,300. Although no further information was offered about its origin, it was said to belong to a "young teenage female."

Additionally, a separate listing described an elongated skull, which was said to have come from Peru. It was put on sale for about $10,500. It appeared to be potentially comparable to elongated skulls discovered in Peru back in 2014.

The process customarily involved tying cloths or wooden bracing devices around a young child's head to mold it to grow into an elongated shape. 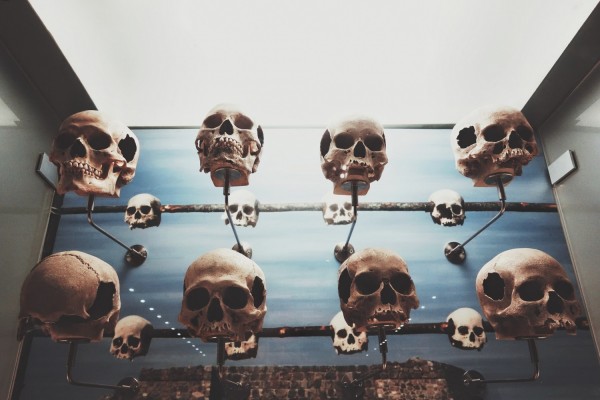 Still, the list of absurd sales goes on as another user listed fetal remains preserved in a jar for $2,350. The seller claimed that it was a "retired medical specimen."

Yet, another dealer listed an "almost full-term" fetus for $6,495. He claimed that its mother had wanted this specimen to "live on" through preservation. He mentioned the mother also wanted to stimulate other people's curiosity and further educate them about the human body.

In recent years, similar prohibited markets for human organs and remains have quietly loomed on eBay and Instagram. This has prompted new fears that social media and online marketplaces could have the potential to popularize what was once a rare practice.

So far, Facebook hasn't made any official announcements about its investigation into the private user groups. However, three groups have already been shut down for confidential reasons.