Japanese Theme Parks: Screaming Spreads Coronavirus So Screech in Your Hearts Instead

Japan reopened its theme parks in May after months of inactivity due to the coronavirus pandemic. They've now reopened their gates, but with new protocols: mask-wearing is a must, and no screaming allowed.

The Wall Street Journal reports that park officials are hoping to minimize the transmission of COVID-19 by asking customers not to scream on rides. The order is based on clinical studies suggesting that coughing and screaming could spread the coronavirus.

The guidelines were released by Japan's theme-park associations, including Disneyland and Universal Studios Japan in Osaka.

Park-goers are pretty dissatisfied with the rule as they say it takes out the fun from the experience. Rika Matsuura, a college student who recently visited Tokyo Disneyland, said that it's just difficult not to scream. She describes it as pure "torture" having to keep her excitement inside.

To guide thrill-seekers on how to abide by the rule, the Fuji-Q Highland park in Fujiyoshi came up with a video showing two executives sitting on the theme parks' No. 1 attraction, the Fujiyama roller coaster.

In the video, the two plunged 230 feet without so much as a peep. The video ends with a Japanese line that said, "Please scream inside your heart."

Scream With Your Heart, Not Your Voice To Not Spread Coronavirus

The management at Fuji-Q Highland would rather not encourage screaming these days. This is why CEO Daisuke Iwata and his boss, Koichiro Horiuchi, chief executive of Fuji Kyuko Co., found themselves fleeting around on the Fujiyama coaster for their demonstration video.

While some find the rule ridiculous, others took it to heart and even saw it as a potential for an interesting social media challenge.

Fuji-Q's video inspired a trend on social media of people posting videos and photos of themselves having faces with no reaction while riding roller coasters. Using the hashtag "serious face challenge," some shared their experiences on Twitter.

Alexander Semencic, a New Yorker who has lived in Japan for 15 years, says that he finds it easy to stay relatively quiet on Disneyland's rides. On the park's reopening day, he says he managed to stay silent like a "medieval monk."

Similarly, Minoru Nagasawa, amused by the idea, said that he would try bringing a date next time as it would be great to have someone find his ability to display his lack of fear as "cool." 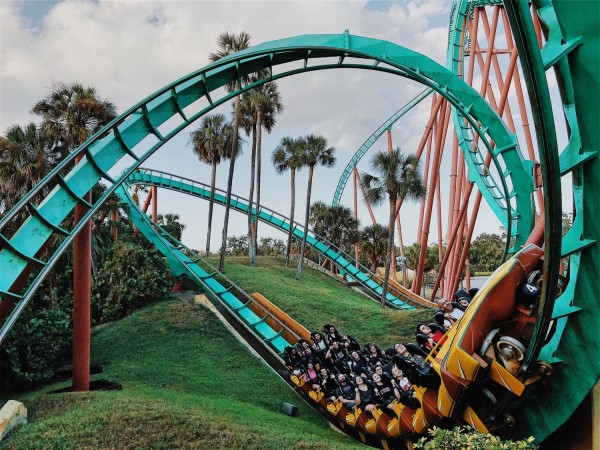 Is Disneyland Still Magical Without Screams?

Oriental Land Co., Tokyo Disneyland's operator explained that it was following the industry body's guidelines. They are merely asking riders to think about others' safety, but screaming violators won't be punished, the operator said.

A park visitor, Yuuki Suzuki, said you don't see Disneylands in other countries asking their customers not to scream. He says the rules in Tokyo Disneyland are too strict, noting that Disneylands in Hong Kong and Shanghai have no such rule.

When a scream comes out, it just does, he says. Walt Disney Co. did not respond to a request for comments on the matter.

Read Also: Happiest Place on Earth or Headquarters for the Measles?