Salmonella in the Gut May Cause Neurological Diseases Like Parkinson’s

Salmonella is a bacteria that causes an intestinal tract infection from contaminated food or water. It was recently discovered that salmonella in the gut is linked to neurological diseases like Parkinson's and Alzheimer's. 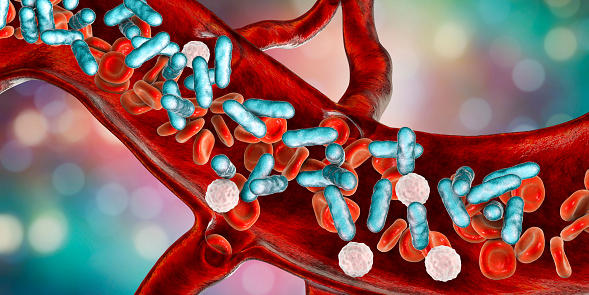 A collaboration between Vaccine and Infectious Disease Organization-International Vaccine Centre (VIDO-InterVac) at the University of Saskatchewan (USask) and Temple University (Philadelphia, U.S.) analyzed the effect of Salmonella biofilm protein on animals. They observed that bacteria can cause arthritis and autoimmune responses.

Salmonella biofilms typically form in the environment such as surfaces where raw meat is prepared. Biofilms are bacteria that densely stuck together in response to harmful conditions like disinfectants and antibiotics.

Dr. Aaron White, an expert on salmonella biofilms and curli amyloids, alongside his team found Salmonella biofilms forming on the intestines of infected mice models. The biofilm protein 'curli' appeared as the scientists replicated the food-borne illness associated with the bacteria.

Within four to six weeks, curli formed in the colon and cecum, or the beginning of the large intestine, of the mice. The scientists also ruled out that curli was produced solely by Salmonella and not by other bacterial species.

The curli protein is a type of amyloid, the same protein associated with neurological diseases such as Parkinson's, Alzheimer's, and Lou Gehrig's Disease or Amyotrophic lateral sclerosis (ALS). This is vital information since amyloid plaques, or clumps of the protein is what destroys connections between nerve cells in neurodegenerative disease.

It is speculated that these diseases trigger the activity of curli. White explains, 'we are the first to show that a food-borne pathogen can make these types of proteins in the gut.

There has been speculation that bacteria can stimulate amyloid plaque formation in Alzheimer's, Parkinson's, and ALS and contribute to disease progression. The discovery of curli in the gut could represent an important link, pointing to a potentially infectious cause for these diseases.'

Çagla Tükel and her team from Temple University discovered that curli triggered an autoimmunity response and arthritis as a result of Salmonella. 'In mice, these reactions were triggered within six weeks of infection, demonstrating that curli can be a major driver of autoimmune responses,' she said.

Autoimmune diseases are due to the abnormal activity of the immune system where lack of activity or an overdrive causes the body to inflict self-damage. Rheumatoid arthritis is an example of this where the immunity cells cause inflammation to the joints.

The immune system producing harmful antibodies may result in permanent joint damage. The team's goal is to confirm the same response in humans.

This may also mean that food-borne bacteria such as E. coli and Listeria may cause autoimmune reactions just like Salmonella. 'This important discovery suggests that food-borne pathogens could initiate or worsen autoimmunity and have the potential to contribute to amyloid disorders such as Alzheimer's and Parkinson's disease," said Dr. Volker Gerdts, the director of VIDO-InterVac.

Read also: A Suppressor Gene is Found to Protect the Brain from Alzheimer's Disease