Astronomers recently discovered Nyx, a dwarf galaxy found making its way toward the center of the Milky Way, revealing a history of merging stellar bodies. Scientists are now report hidden new galaxies hiding in the Milky Way known as the South Pole Wall. 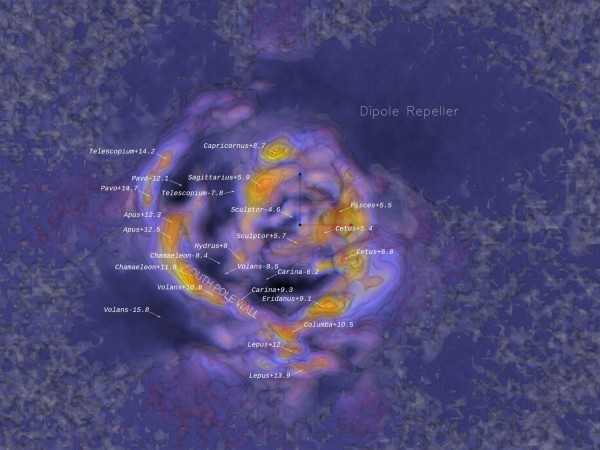 The Milky Way Galaxy is centered on our star the Sun where planets, dust, and other space objects are bound together through gravitational forces. The spiral galaxy consists of up to 100 billion stars.

Missions such as the Global Astrometric Interferometer for Astrophysics (Gaia) by the European Space Agency has been running for more than six years to create a precise three-dimensional map of the entire Milky Way. Today's technology allows experts to observe bodies in space up to tens of billions of light-years away from Earth.

Observing the galaxy has been possible with missions like Gaia, NASA's Hubble Space Telescope, the Wisconsin H-Alpha Mapper (WHAM) in Chile, and many others. Astronomers are highly anticipating the launch of the James Webb Space Telescope into space where it will 'hunt for the unobserved formation of the first galaxies, as well as look inside dust could where stars and planetary systems are forming today,' according to NASA.

On July 10, cosmographers published a report in The Astrophysical Journal of a new hidden collection of galaxies found in the Milky Way called the South Pole Wall. They discovered the massive stellar assembly as cosmographers developed new techniques to detect and map astral bodies not seen directly.

The South Pole Wall measures about 1.4 billion light-years across the entire collection of stars and planets that remained in hiding until now. The giant wall is observed to be coincidental with Earth's south celestial pole which the team compared 'to the Sloan Great Wall at half the distance' and lies opposite of the Shapley Supercluster.

Hidden in the Milky Way

The discovery was made by Daniel Pomarède from Paris-Saclay University alongside R. Brent Tully and a team from the University of Hawaii. Pomarède shared, 'One might wonder how such a large and not-so-distant structure remained unnoticed.'

'This is due to its location in a region of the sky that has not been completely surveyed, and where direct observations are hindered by foreground patches of galactic dust and clouds,' Pomarède continued. 'We have found it thanks to its gravitational influence, imprinted in the velocities of a sample of galaxies.'

One hindrance to their observations the South Pole Wall's location behind the Chamaeleon cloud complex. The star-forming region includes Chamaeleon I, II, and II dark clouds or absorption nebulas that are dense enough to keep the stellar light of the new collection of galaxies hidden in the Milky Way.

To map what the cosmographers could not see, they gathered data from previous surveys, measured their movement away from Earth and all the surrounding gravitational forces, then created a 2D and 3D map. Their result was a colossal structure of entire galaxies grouped together amounting to about 100 million billion stars.

It remains a mystery what the South Pole Wall would look like if the dark clouds were removed in front of it or what all that special matter actually contains. The best educated guess the team made is hundreds of thousands of galaxies full of stars and planets yet to be discovered.