Love During a Global Pandemic: These People Are Proof That It’s Possible

The coronavirus pandemic is a dark time for many people. People are getting sick, so many are dying, families are being torn apart by distance, children are being kept away from school, and people are losing their jobs.

However, for some, the pandemic could be the best thing that ever happened to them, and their love lives. Yes, apparently, it's quite possible. "We found love during a global pandemic" is not something you hear every day. But even the international artist Rihanna believes that love can be found in hopeless places. 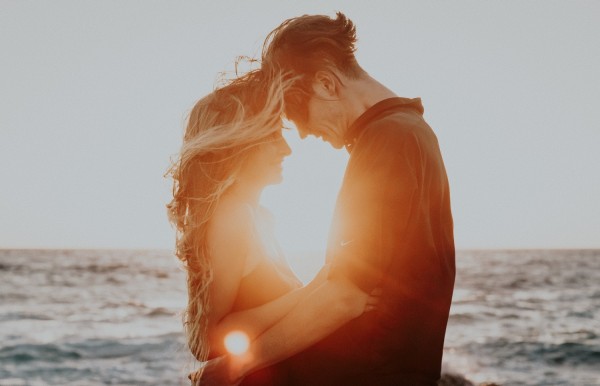 (Photo : Photo by Christiana Rivers on Unsplash)
It's a thing: Finding love during the coronavirus pandemic

Alec Mahon, a 29-year-old freelance production manager, is one of the lucky people having the time of his life during the pandemic. Early in March, he paid a $30 subscription to the dating app, Hinge, thinking nothing much of it.

Two months later, he found himself entirely off guard, hiking in the woods with a 28-year-old nurse he met on the app. He shares how they both suddenly felt comfortable enough to remove their face masks in the middle of their three-mile hike.

He knew at that moment that everything had changed. All caution regarding the coronavirus was suddenly thrown away into the wind; he told CNN in a phone interview. The couple is now considering plans to elope to Vegas once chapels start opening again.

According to Yue Xu, a co-host of the popular "Dateable" podcast, people are more likely to find love during this time than at any other time. Although it may sound bizarre, dating experts say that the pandemic has actually helped people find their soulmates more easily.

She says that people are not distracted during this time, and they tend to be more focused on finding love. People have become more present and are conscious about how they present themselves to others in virtual or real-life dates.

The Biochemistry of Love

According to the Harvard Gazette, the National Institutes of Health (NIH) is conducting 18 clinical trials on love. Although love is not typically considered an intestinal condition, it is often described as an illness.

Comedian George Burns once compared love to a backache: "It doesn't show up on X-rays, but you know it's there,"

According to Richard Schwartz, an associate professor of psychiatry at Harvard Medical School (HMS) and a consultant to McLean and Massachusetts General (MGH) hospitals, says it's never been proven that love makes you physically sick. However, it has been known to raise cortisol levels, a stress hormone that suppresses immune function.

Moreover, love also activates the neurotransmitter dopamine, which is believed to stimulate the brain's pleasure centers.

All those hormones with a drop in serotonin levels, which could add a pinch of obsession, would cause someone to have a crazy yet urgent love of infatuation.

Coming out of quarantine, people start to have a solid feeling of a yes or no, says Xu. Many are beginning to feel like it's better to fail fast than be in a constant equilibrium state.

She shares how many people reportedly feel more encouraged by their dating experiences, even if their quarantine relationships turned out to be a failure.

Additionally, how people have acted during this time has helped expose a window into their beliefs. For some singles, it has helped them narrow down their pool of potential matches.

For instance, issues such as the coronavirus pandemic and the injustice experienced by George Floyd has caused budding couples to go beyond basic dating questions and superficial infatuation.

According to Xu's co-host, Julie Krafchick, people can quickly realize who has the same values as them and who would be a better long-term partner. Talking about serious topics can really help you understand someone a lot better on a deeper level.