Switching to Plant Protein Will Lead to Long Life

Protein is one of the most important building blocks the body needs to build and repair tissues. A recent report shows how switching from meat to plant protein leads to a longer life.

As a macronutrient, proteins have an important role in repairing and making cells, producing hormones and chemicals for everyday function, as well as protecting the body from bacteria and viruses. A new study published in the Journal of the American Medical Association takes a look at the advantages of consuming plant protein as an alternative to meat. 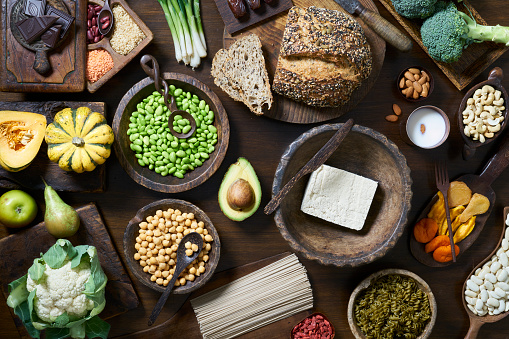 The study consisted of 237,036 men and 179, 068 women in the span of 16 years with 78,000 deaths. Greater intake of protein from plants, noted the researchers, was directly associated with longevity and cardiovascular disease mortality in comparison to meat.

In the years of follow up, it was clear that plant protein intake was the reason some individuals avoided premature death. For every 10 grams of plant protein replacing meat per 1,000 calories, the risk of death for men was reduced by 12% then 14% for women.

Dr. Demetrius Albanes, also from the U.S. National Cancer Institute, said, 'our data provide evidence to support the favorable role for plant-based diets in the prevention of cardiovascular disease mortality, and that modifications in choices of protein sources may influence health outcomes and longevity.' There are also other reasons why plant protein is beneficial and will help with longevity, the team said.

Read Also: America Versus England - Who is Healthier?

A disadvantage of meat protein is that it has higher levels of cholesterol, sodium, saturated fat, and other nutrients that harm the health shared Connie Diekman from the Academy of Nutrition and Dietetics. 'For example, one ounce of red meat mixed with whole wheat pasta and veggies would provide much less saturated fat than a 9-ounce steak,' she said. Kayla Jaeckel from the Mount Sinai Health System in New York City shared that on the contrary, plant protein contains fiber, antioxidants, vitamins, and minerals.

'This provides a glimpse at diet intake but doesn't show patterns, and patterns are key," said Diekman. She explains that eggs with brown rice and vegetables have a completely different nutrient intake compared to eggs with bacon, biscuits, and gravy.

'My take on the study, and what I would tell clients, is that evidence continues to grow to support the importance of consuming more plant foods and less animal foods, while also boosting vegetable, whole grain, and fruit intake,' she continued. She said that meat dishes can be enjoyed but not necessarily consumed daily and that it is important to have a diet balanced with a lot of plant foods.