The Bubonic Plague Is Now in Colorado, Health Officials Warn

The first case of bubonic plague this year was announced by Chinese authorities in Inner Mongolia in early July. On July 14, public officials from Colorado announced that a squirrel in Jefferson County tested positive for bubonic plague. 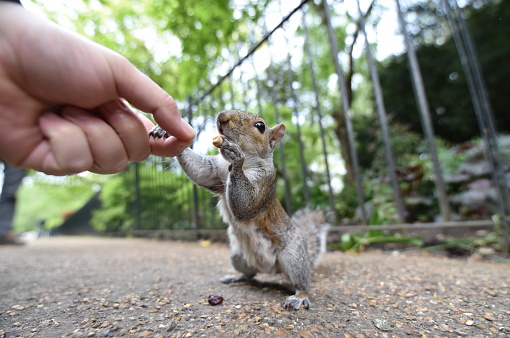 Officials from the Jefferson County Public Health (JCPH) announced, '[bubonic] plague is an infectious disease caused by the bacteria Yersinia pestis and can be contracted by humans and household animals if proper precautions are not taken.' Although the virus mostly affects rodents, humans can get infected too.

Currently, health officials are warning pet owners since cats and dogs can pick up infected fleas. Dr. Brett Levitzke from the Brooklyn's Veterinary Emergency & Referral Group said, 'So a flea bites an infected rodent or squirrel or chipmunk and then bites the family cat and or dog and then transmits the bacteria into the pet.' Fleas don't have the infection naturally but are mere 'innocent carriers.'

Pet owners are being warned that they may get infected if their pet becomes infected. When the disease is detected early, there is available treatment such as antibiotics despite there not being a vaccine for the disease yet.

Pets that may be sick or have fleas and ticks should be reviewed by veterinarians as a precaution. In the meantime, owners are advised to keep their pets from roaming outside the house or gated area where wild rodents may transfer infected fleas on them.

The JCPH added that those who live near 'wild animal populations, such as prairie dog colonies or other known wildlife habitats, should consult their veterinarian about flea control for their pets to help prevent the transfer of fleas to humans.'

People can also take extra precaution by refraining from feeding wild animals and keep trash out for too long that may attract wild habitats. Contact with sick or dead wild rodents and other wild animals should also be avoided.

During the 1300s, the pandemic called The Black Death killed between 25 to 30 million people in Europe. Today, cases of the bubonic plague are rare compared to how it devastated entire countries in the past. According to the World Health Organization (WHO), only around seven people get the bubonic plague every year with a 10% chance of death.

County officials reminded residents in Jefferson that, 'symptoms of plague may include sudden onset of high fever, chills, headache, nausea and extreme pain and swelling of lymph nodes, occurring within two to seven days after exposure. Anyone experiencing these symptoms should consult a physician.'

Read Also: How Did Domestication of Cats Began in Central Europe? Scientists May Have the Answer