Patching up injuries in space is no longer a far-off concept, especially when humans are now getting serious about long-term space voyages. 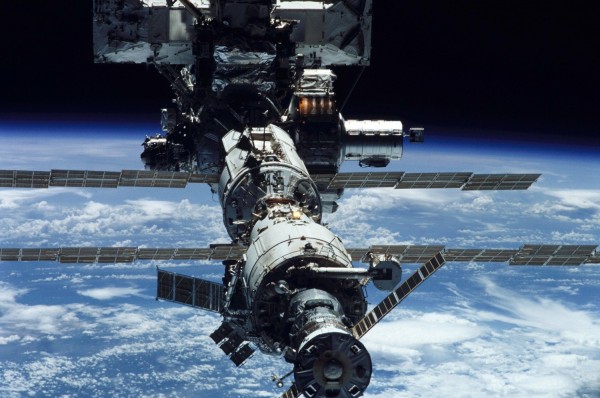 Science Alert reported recently that, for the first time, a cosmonaut aboard the International Space Station just engineered human cartilage in the microgravity of space.

This breakthrough was published in Science Advances.

Magnetism Helped in Making the First Cartilage in Space

Although bioprinters that can produce human tissue already exist on Earth, this equipment greatly relies on gravity and scaffolds to bring cartilage cells together. What's great about this new process is that the cosmonaut used magnetism to mimic the effect of gravity inside a modified assembly machine.

Thanks to magnetism, the scientist was able to counteract the effects of microgravity and acceleration and object like the cartilage cells, which can stay in place ready for assembly.

Only the fluid in the assembler is magnetic, and not the cells used in making the cartilage. Through this, it became easier for the scientist to manipulate the tissue.

But before the experiments were carried out onboard the International Space Station, scientists developed mathematical models as well as computer simulations to assess the viability of the process. They needed to consider factors such as how microgravity might affect the way cells were assembled.

After that, the scientists then developed spheroids that are based on human cartilage cells. These were packaged up and sent to the ISS together with a custom-made magnetic bioassembler.

Onboard the ISS, Cosmonaut Oleg Kononenko, who performed the experiment, had to cool the cartilage spheroids to release them from their hydrogel packaging before putting them into the bioassembler to be assembled into the correct form.

In an interview with IEEE Spectrum, Utkan Demirci, a radiologist from Stanford University said that this is the first time people were able to assemble these building blocks into more complex structures biomanufacturing tool. Previous biological experiments and culturing cells are nothing like this.

Through this breakthrough, the same magnetic assembly could be used to construct materials in space made up of biological and inorganic materials. Maybe someday, humans will be able to replace bones while visiting other planets.

But of course, there is a lot more work required to get to that stage, especially in getting this sort of equipment up in the space since delicate materials and space travel do not really mix well. Additionally, machines need to be robust enough to survive the trip from Earth to space.

However, according to the researchers, even with engineering challenges, the study points to methods that could "significantly advance tissue engineering."

Another project they have been working on also is growing meat and fruit out in space, which makes a trip to Mars less daunting now.

Demirci told IEEE Spectrum, that "one could imagine not too far in the future that if we colonise Mars or do long-term space travel, we might want to do experiments where we build functional tissues in space, and test them in extraterrestrial environments."

Read More: NASA Launches 'Watts on the Moon Challenge' Together with HeroX to Light Up the Moon For Future Lunar Missions