New Interpretation of Darwin’s Theory: Friendliness and Cooperation Is the Most Successful Strategy in Survival

The new book from Duke University researchers argues that friendliness and cooperation are the keys to 'evolutionary survival' rather than dominance. The new book entitled 'Survival of the Friendliest' by researchers Brian Hare and Vanessa Woods examines the true meaning of Charles Darwin's 'survival of the fittest.' 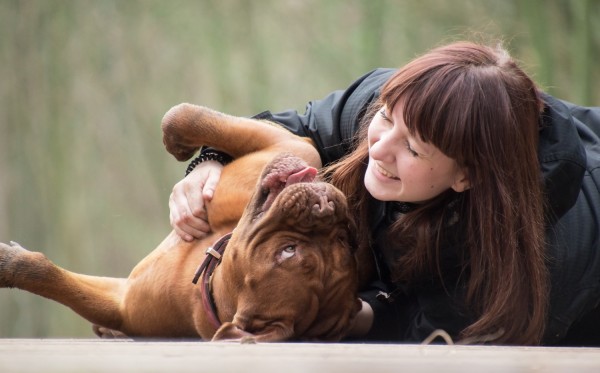 (Photo : Pixabay)
New Interpretation of Darwin's Theory: Friendliness and Cooperation Is the Most Successful Strategy in Survival

The two researchers said that natural selection has nothing to do with 'beating up the competition' to survive, but rather it is when creatures work together with others. They added that other factors are responsible for the evolution and that friendliness and cooperation is the most successful strategy in survival.

When it comes to cooperation in evolution, the researchers consider dogs as 'exhibit A.'

The researchers' new book had a subtitle: 'understanding our origins and rediscovering our common humanity,' and they suggest that partnership and communication are essential for survival.

'The idea of "survival of the fittest" as it exists in the popular imagination can make for a terrible survival strategy," Hare said.

He added that some research shows how being the biggest, strongest, and the meanest animal can cause lifetime stress. Social stress drains an animal's energy budget, leaving a weakened immune system, resulting in fewer offspring.

Hare is the founder of the Duke Canine Cognition Centre, being an evolutionary anthropologist and one who studies humans, primates, and dogs. He told the Washington Post that dogs are 'exhibit A' when it comes to being friendly and using that as their advantage to survive.

According to him, dogs are extremely friendly descendants of wolves attracted to humans and have become friendly to them, which changed their behavior, appearance, and developmental makeup.

Unfortunately, wolves are threatened and have become endangered in the few places they live, unlike millions of dogs worldwide.

Hare added that since dogs decided to rely on humans and focus on cooperation and friendliness, their population has grown compared to wolves. The two researchers said that shared humanity, friendly partnerships among species, and cooperation have worked throughout many years for a successful evolution.

For almost 300,000 years that Homo sapiens have existed on the planet, they have shared it with four other types of humans, which were all strong, smart, and inventive. However, 50,000 years ago, Homo sapiens changed its strategy, which gave humanity an edge over other species.

This change is in part due to the gift for friendliness that Homo sapiens possess. That is a remarkable trait that included the ability to cooperate and communicate with others gave humans the edge to cultural and technological advantage.

Read also: Are Pigs Replacing Dogs As Man's Best Friend? Study Shows They Are More Likely to Solve Problems on Their Own

The True Meaning Behind 'Survival of the Fittest'

Woods and Hare wrote in their book that Charles Darwin has always been amazed by the kindness and cooperation he observed in nature. They said that Darwin wrote that communities with the most sympathetic members would flourish best and rear the most offspring.

Hare told the Washington Post that "Survival of fittest, which is what everyone has in mind as evolution "and natural selection, has done the most harm of any folk theory that has penetrated society."

So many people believed that it was always the alpha males who will win, but that is not what Darwin suggested or has demonstrated. According to him, the most successful; strategy in survival is friendliness and cooperation.

Humans have to be friendly to evolve successfully and thrive, according to Hare and Woods. People will win in life if they cooperate with others, communicate, and work together to solve the hardest problems.

Read More: 5 Tips in Caring for Your Pets During Lockdown