Doctors in multiple countries noticed that the neonatal intensive care units were empty amid coronavirus lockdowns in the first months of the pandemic. Usually, medical staff attending to premature babies are busy attending to their needs, but it decreased these past months. 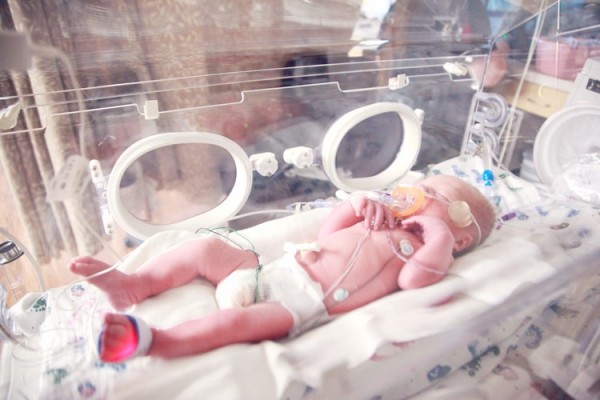 (Photo : Unsplash)
A 34 week premature baby in an isolette incubator with oxygen.

A study in Ireland, which is not yet peer-reviewed, found that premature births fell by 75%. While in Denmark, the rate of babies born weighing less than 3.3lbs plummeted by 90% in the first four months of 2020 compared to previous years.

It remains a mystery why there is a decrease in premature births, but the doctors suggest that the trend could reduce air pollution and stress during the lockdowns.

Compared to other years, 2020 has recorded a very low number of premature babies, which only weighs about 3.3lbs or less.

For the past decade, from January 2001 to April 2019, 8.8 out of every 1,000 live babies born in Ireland very premature. However, the pre-review research by the University Maternity Hospital Limerick found that between the months of January and April 2020, there are only 2.7 out of 1,000 premature babies born.

On the other hand, doctors at Statens Serum Institut in Denmark also noticed a similarly quiet NICU. They began their own investigation to quantify the pattern of plummeting premature births in their hospital.

Similar to the study in Ireland, the doctors noted that a big part of this decline was in babies born extremely early.

Both studies explained why there is a decrease in premature births. The two teams suggested that since more people stay at home now, the air quality has improved. According to other studies, air pollution is to be blamed for the 18% of premature births.

Furthermore, they also cited stress as one factor in the decrease of potential risk for premature birth.

The pandemic may be stressful, but for pregnant women who had been forced to stay at home during lockdowns, it cut out the effect of commuting every day to work and the work anxieties.

Additionally, the prohibition of non-essential medical procedures, as well as the hesitancy to go to hospitals, may also be the reason for the decline in numbers of premature babies. But it is not yet clear why these higher-risk births have declined amid lockdowns.

'Our observations, if reflected in other countries that adopted COVID-19-prompted lockdown measures, would redefine the antecedents that trigger the yet poorly understood pathways leading to preterm births,' said the Irish authors.