How Happy Are Healthy People?

The pursuit of happiness and a healthy lifestyle are life goals desired by many. Are they two separate goals or is there a connection?

Although people have different reasons or triggers for happiness, a general definition is the feeling associated with positivity, pleasure, and contentment. Merriam-Webster defines it as 'a state of well-being,' a similar description of good health. 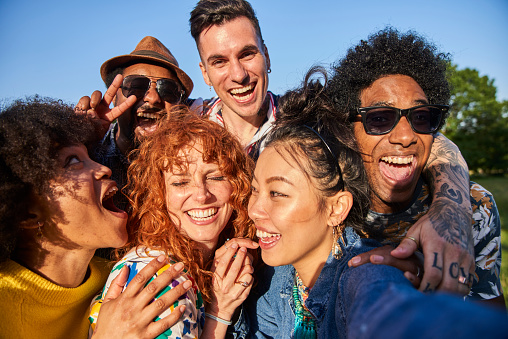 A new paper published in the Psychological Science journal describes that health and happiness are dependent on one another. Moreover, both online and face-to-face psychological interventions can boost happiness and support physical health.

'Though prior studies have shown that happier people tend to have better cardiovascular health and immune-system responses than their less happy counterparts,' said Professor Kostadin Kushlev from Georgetown University's Department of Psychology, 'our research is one of the first randomized controlled trials to suggest that increasing the psychological well-being even of generally healthy adults can have benefits to their physical health.'

In a collaborated study, the University of Virginia and the University of British Columbia observed 155 adults in a span of six months. The participants were not hospitalized nor underwent medical treatment as they were examined how their subjective well-being, or happiness, affected their physical health.

Half of the participants were assigned a wait-list control condition while the rest when through a positive psychological intervention for three months. The intervention, called Enduring Happiness and Continued Self-Enhancement (ENHANCE), contained three sources of happiness - the 'Core Self,' 'Experimental Self,' and 'Social Self.'

Working on the Core Self for three weeks, they identified their goals, strengths, and values. For the next five weeks, the Experimental Self focused on mindfulness and emotions. They were also given tools to identify maladaptive patterns of thought.

During the last four weeks of ENHANCE, the Social Self worked on learning how to cultivate gratitude. They were also encouraged to participate in positive social interactions as well as engage within their community.

ENHANCE contains modules led weekly by a trained clinical or accomplished individually on a customized online platform. With the modules designed around psychological factors, they did not promote physical health aspects such as proper diet and exercise.

The modules are comprised of 60-minute sessions and are accompanied by a weekly writing assignment like keeping a journal. There are also complimentary active behavioral components like guided meditation for mindfulness. 'All of the activities were evidence-based tools to increase subjective well-being," Kushlev explained.

At the end of the ENHANCE program, the participants did an evaluation on which modules had an effect on their long-term happiness and well-being. Three months later, their health and happiness were evaluated again.

Compared to the control participants who did not participate in the program, the ENHANCE participants had fewer sick days during the experiment. The program participants were also reported to have increasing levels of subjective well-being.

Moreover, the online platform was effectively equal to in-person sessions with trained clinicians. 'These results speak to the potential of such interventions to be scaled in ways that reach more people in environments such as college campuses to help increase happiness and promote better mental health among students,' Kushlev said.

Read Also: Study Says Lighting Can Make You Feel Better; Improve Your Mood by Decorating Your Room With These Best LED Strip Lights