Why Television Is Bad for Your Health

The pandemic has caused people to stay at home more even with lockdown restrictions being slowly lifted around the world. Being at home has caused some people to binge-watch Netflix all day and night, or keep track of the news for updates on the pandemic.

As a result, most of us are glued to a screen for hours on end. However, two studies from the UK have revealed why television is bad for your health. 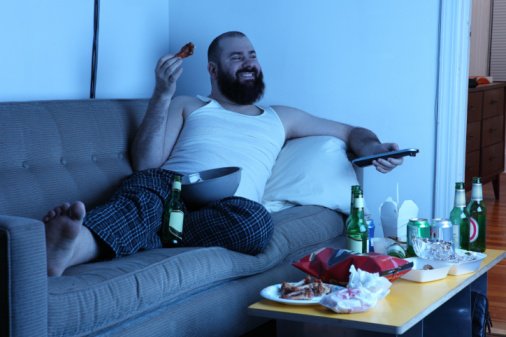 In 2019, a team from the University College of London discovered that adults with couch potato tendencies resulted in deteriorating memory. Watching for long periods would normally be accompanied by unhealthy eating.

Moreover, watching television for at least three hours a day resulted in as much as a 10% decrease in verbal memory. Time for stimulating activities such as exercise and reading would be neglected.

While many studies have focused on the cognitive effects of TV on children, the study led by Dr. Daisy Fancourt focused on adults over 50. 'Overall, this suggests that adults over the age of 50 should try and ensure television viewing is balanced with other contrasting activities,' she said.

Her colleague Professor Andrew Steptoe described that older people lean towards soap operas because they may closely identify themselves with the characters. 'This may create cognitive stress which could contribute to memory decline.'

Watching television, Netflix, Youtube, or a long period of screen time is directly associated with poor health. In a new study, scientists discovered that the health risks of diseases such as cancer and cardiovascular disease were at low levels in adults who watched TV every day for less than two hours.

Recently published in Mayo Clinic Proceedings, the study by a team from the University of Glasgow, Scotland, described the ill effects of exposure to screen time. Unfortunately, along with traditional television, watching on mobile phones and tablets were included in the study.

The team tracked 500,000 participants comprised of middle-aged adults from 37 to 73. Between 2006 and 2018, they concluded that adults should minimize television exposure to two hours or less.

The researchers said that if people limited watching TV to two hours each day, almost 6% of all deaths can be prevented or delayed. Moreover, the time limit could also delay or prevent almost 8% of cardiovascular disease.

Dr. Hamish Foster said, 'Our study suggests limiting TV time could delay or prevent a lot of adverse health. However, there is still more work to be done before we can make firm TV time recommendations. Further research is needed to understand all these factors and inform future advice and guidelines.'

Dr. Frank Hu from the Harvard School of Public health, said, 'The message is simple. Cutting back on TV watching can significantly reduce [the] risk of type 2 diabetes, heart disease, and premature mortality.'