Soap Bubbles Can Help Plants Pollinate in Place of Bees

In the face of a dwindling population of bees, one of the natural pollination agents, an artificial agent can help solve the pollination problem - soap bubbles. 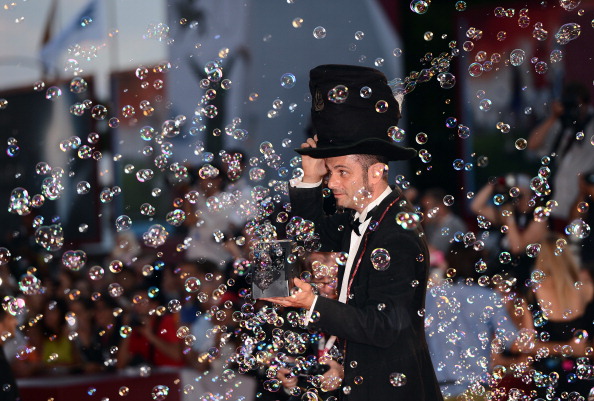 The study notes that while soap bubbles have been studied extensively due to their behavior with respect to light as well as the formation of "thin-film-based geometric structure," its potential as a functional material "remains substantially unaddressed."

Crediting the soap bubbles' inherent liquid membrane and its large surface area, researchers posited that bubbles are actually ideal for scattering pollen grains. Xi and Eijiro also noted easy degradation and the low cost of producing bubbles as additional selling points for the novel alternative. Lastly, flowers are relatively safe under this method since soap bubbles are "lightweight, soft, and highly flexible."

It also referenced an earlier study that monitored pollen grain scatter via conventional artificial pollination methods - using a brush and a machine pressure sprayer. In a downside to the existing practice, pollen grains have been found to attach to superfluous flowers. In turn, this behavior negatively affects fruit bearing and harvest. Inefficient fruits from these attachments eventually get thinned out, requiring human labor resources for maintaining the plants' development and life.

The researchers have used a bubble gun for the experiment, hypothesizing that pollens are pushed together with the soap-water mix, being absorbed into the membrane. In the report, they stated that they "accidentally found that natural pollen grains can be easily incorporated into a soap film."

In the experimental model, pollen grains from Pyrus bretschneideri, commonly known as the ya pear or Chinese white pear, were used. The germination ratio and growth of the pollen tube length were used as criteria in observing the pollens, referring to a previous work on the matter.

For the soap bubbles - five different surfactant materials were tested to inquire about its influence on the pollination process. Lauramidopropyl betaine, sodium polyoxyethylene lauryl ether sulfate, laurylhydoxysulfo betaine, sodium polyoxyethylene alkyl ether sulfate, and ethylenediamine were used in the study. The five materials were randomly chosen from the wide range of commercially available surfactants.

The study also noted that moderate addition of chemicals such as boron, calcium, potassium, and magnesium promotes pollen germination and growth. Researchers later shot varying quantities of soap bubbles in natural pear flowers. Presence of pollen grains were traced through the use fluorescence microscopy.

In another leg of the field work, they have used a drone to conduct a robotic-aided pollination. To stabilize the bubbles against the downstream generated by the drone propeller, researchers added 2% of hydroxypropyl methylcellulose (HPMC).

RELATED: Tiny Drone Now Plays the Role of a Pollinator to complete the Pollination of Flowers