The US President Donald Trump said that he would ban the Chinese video app, Tiktok, from operating in the country, rejecting a possible deal with Microsoft to buy it. But the latter said their talks with Trump still continues.

The president's announcement has Tiktok users in the United States worried as evident in the countless live stream videos by them reacting to the possible banning of the Chinese video app. They have started making videos in tribute to what they feared as the end of Tiktok in the US. 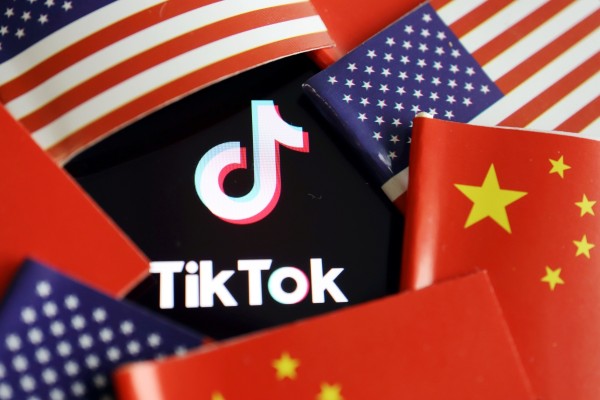 Possible banning of Tiktok in the US

On July 31, while aboard Air Force One, Trump announced that he would ban Tiktok from operating in the US. He said that he could do this through the use of emergency economic powers or executive order. Although it is not clear what such an order would imply and the possible legal challenges, it will face.

Later that night, Tiktok users in the country have addressed the issue and have begun live streaming and posting videos as a tribute for the possible end of Tiktok in the country.

"Everyone is going cray cray ... If it does happen, follow me on Instagram," says Ehi Omigie, a Tiktok user with 25,000 followers, on her live stream on Friday night after the news broke.

Meanwhile, others were planning on different ways to get around the ban. Some of them said that they would try to trick servers into making it look like they are browsing from a different country where the Chinese video app is allowed to operate.

As many of them are already panicking, one user urges other users not to panic yet right now as this decision may not be final.

President Trump rejected a potential deal for Microsoft to buy the app from its Chinese owners, weeks after his administration signaled a possible banning of the app amid the heightened tension between the US and China.

Tiktok has become popular in the US and reached over 100 million people, mainly teens, who use the application to express themselves and connect with others. During the pandemic lockdowns, many people have turned to Tiktok to try to escape it even for a moment.

Currently, it employs 1,400 employees in the US and plans to hire thousands more. Like many social networking sites, a lot of people have grown to depend on TikTok as a way to build their career and to earn money from live streaming, promoting music, and others.

Microsoft Still in Talks With Trump

Although Trump has already said that he declined Microsoft's possible deal to buy Tiktok, the latter said otherwise. According to their blog post on Sunday, Microsoft CEO Satya NAdella said they have talked to Trump about buying the app, which has become controversial because it could pose a national security risk.

"[Microsoft] is committed to acquiring TikTok subject to a complete security review and providing proper economic benefits to the United States, including the United States Treasury," Microsoft said, and adds that they will "move quickly" to talk with ByteDance "in a matter of weeks."

During that process, Microsoft looks forward to continuing its talk with Trump. If approved, the deal would allow Microsoft to own and operate Tiktok in the United States, Canada, Australia, and New Zealand.

All data of Tiktok's American users would be transferred to the US and will remain in the country as part of the agreement.

Read More: Witches Band Together on TikTok to Hex the Moon: Did They Succeed?