Witches Band Together on TikTok to Hex the Moon: Did They Succeed?

Early Christians in Europe consider witches as evil beings. Images of them have appeared in various forms throughout history from evil, wart-nosed women huddling over a cauldron containing boiling liquid to a hag faced cackling beings riding on their brooms in the night sky while wearing their pointy hats. 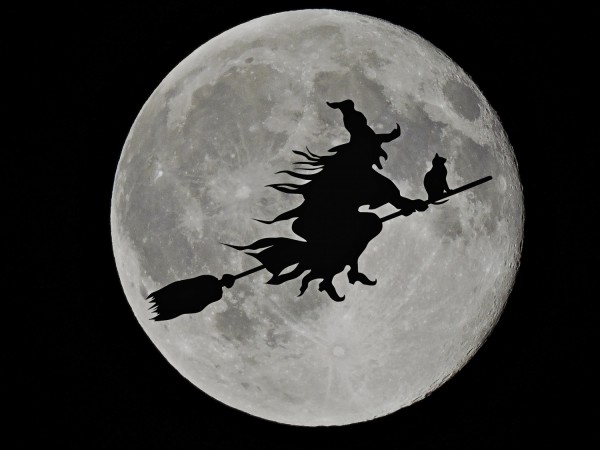 (Photo : Pixabay)
Witches Band Together On Tiktok to Hex the Moon: Did They Succeeded?

A lot of movies, TV series and cartoons have been inspired by them also. Their origin is dark and often deadly for them.

But it seems that this 2020, they have gone techy as they have also entered the world of TikTok. On one page of the social network site named WitchTok, an ethereal looking person is surrounded by candles, crystals, and plants.

Over two billion TikTok videos bear the WitchTok hashtag, making it more an increasingly popular corner of the internet. But as with all the trends online, some people have taken it too far.

WitchTok has become one of the farthest-reaching communities on Tiktok, which popularity reaches not only on a global scale but also on the Milky Way. It is all because a small, anonymous contingent of beginner, or "baby" as they call it, have hexed the moon.

WitchTok mainly focuses on witchcraft, manifestation, worship of deities and astrology, and celebrating magical things through a joke-based content. However, it changed after what the baby witches did. Fellow WitchTok users have flocked to other social media platforms to talk about the incident.

In a Twitter thread by a user named @heyyadoraa, he documented what had happened for anyone not familiar with WitchTok.

So, what happened to the moon?

"I think they're more mad at the audacity of these idiots that would want to hex the moon or anything related to nature, because that's a sacred thing in witchcraft," said WitchTok user @thatonebluntwitch.

Understandably, the embers are mad because the moon is a fundamental aspect of something they hold so dear. But as the experts said, the moon is fine whether people believe in the power of hexes and negative energy or not, and no amount of incantations will change that.

Senior lecturer in space archaeology at Flinders University in Australia, Dr. Alice Gorman said that the moon would not fall in reality, and tides are not going to stop happening. It will also not start to turn blue or green, but it does show that there are ways that people find an emotional connection to the moon.

Cultural and social belief has led these people to believe that the apparent hexing may affect their lives. This is because of the self-fulfilling prophecy and confirmation bias.

All allegations of hexing the moon are anonymous and no evidence directly pointing to the baby witches named in a Reddit thread. There is no reason to be stressed out of the hex that the baby witches on TikTok have cast on the moon.

2020 has been challenging already without the addition of an angry moon to the list.

in the past few days, a group of FRESH baby witches* decided to band together, and hex the fae. and then the moon. and they did!

(theyre now planning to hex the sun. too)

*inexperienced witches who should only be researching and doing protection work — jupiter ✿ (@heyyadoraa) July 19, 2020