A local globular cluster, called the "Phoenix stream," might be the key to tracing the beginnings of the Milky Way, a new study suggests.

The latest report has started looking at the metallicity of globular clusters in the Milky Way as well as in other galaxies. Their inquiries have led to an evidence of what they called a "metallicity floor," the lowest possible metal concentrations below 0.3 to 9.4 percent of that found in our Sun.

This baseline in metallicity among observed globular clusters, the researchers believe, might be the basis for a minimum mass and a maximum redshift present in the formation of globular clusters. These parameters will help in understanding the mass build-up that created the Universe. 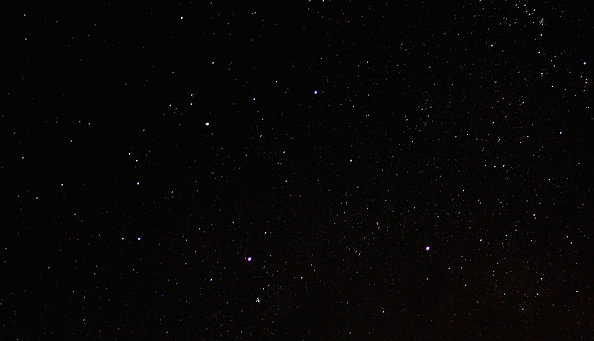 RELATED: A Study on Globular Clusters Date the Universe at 13.35 Billion Years Old

A research team led by Australian astronomers observed the Phoenix stream through the Southern Stellar Streams Spectroscopic Survey (S5). The S5 is a project that maps stellar streams surrounding the Milky Way, specifically tracing kinematics and chemistry of these bodies. The program uses a 3.9-meter Anglo-Austrian Telescope at the Siding Spring Observatory in New South Wales, Australia.

From the stream, they picked candidate stars through using broad cuts in color-magnitude space and proper-motion space procedures. They then measured radial velocities and stellar metallicities. Referring to an earlier study, researchers reiterated the relationship of metallicity and galactic mass at high redshifts as the source for the metallicity floor applied to the observed clusters. It also noted galaxy growth, supported by the increase in gas, is also characterized by "self-enrichment."

The chemical composition of this thin, extended group of stars is the parameter to examine the Phoenix stream in relation to the now-extinct galaxies that gave birth to it. Since all the stars in the same cluster have basically the same metallicity, it supports the metal content of the galaxy that predated them.

Their study resulted in findings of low metallicity for the diffuse Phoenix stream. The cluster is expected to continue dissolving and will end up being absorbed into the ancient Milky Way halo. This follows their hypothesis that globular clusters with metallicities less than 0.3% are mostly less massive and less held together by gravity. However, these clusters were later destroyed by their host galaxy over time.

Globular clusters, like those surrounding the Milky Way Galaxy, remain largely mysterious for astronomers. It describes a galaxy system of more than 100,000 stars arranged in a region of 10 parsecs or more than 30 light-years.

The Milky Way is surrounded by more than a hundred globular clusters. One of those clusters is a thin stream of stars, the Phoenix stream, which exhibited a significantly lower presence of metals. In the study, the metals described referred to elements that are heavier than helium in terms of atomic mass. According to NASA, there are about 150 globular clusters moving around the Milky Way alone.

The general spheroidal shape taken by most clusters suggests that these systems are formed from older, low-metallicity galaxies that once orbited the same central galaxy these clusters do now. These globular clusters, with an emphasis on the Phoenix stream, were used as the reference in analyzing the accretion process.