Cave lions (Panthera spelaea) were common predators that roamed the Earth during the last Ice Age. A recent genetic study revealed that the modern-day lion (Panthera leo) is a separate species from the extinct species. The findings are published in the journal Scientific Reports.

Several years ago, evolutionary geneticist Love Dalén of the Centre of Palaeogenetics in Sweden came across a frozen cave lion cup in Siberia. Found by a local resident, the cub was named Spartak, who has been frozen for about 43,000 years or so. 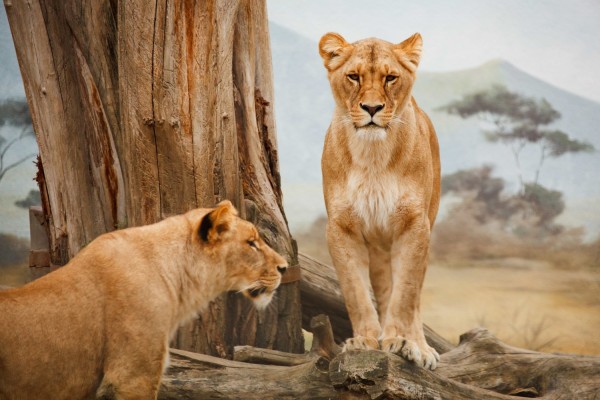 Spartak was a one-month-old cub that hadn't been able to open its eyes before it died. Found buried in permafrost and still covered in fur, it is believed that the young cub died of starvation after being abandoned by its mother. Spartak was given a male name before Japanese scientists determined what the cave lion cub was actually female.

Another cave lion cub found frozen was Boris, who was found about 50 feet away from Spartak and was mostly its sibling. Both cubs were so well preserved that their bones, brains, and other organs were all intact.

Data were collected from several locations across the Holarctic region, a combination of Nearctic and Palearctic regions which were formerly connected. Cave lions fell into extinction about 14,000 years ago during the Late Glacial Maximum.

Genetic analysis of 31 cave lions, including Spartak, revealed that the extinct species diverged from their origins during their evolution more than a million years ago, the same ancestor species that today's lions come from. The diverse mitochondrial genome sequences revealed several traits that evolved such as bone structure and hair.

Scientists have debated if modern lions directly descended from the cave species while others suggested that they are an entirely different species and others believe they closer relatives to tigers (Panthera tigris spelaea). The new study distinguishes cave lions into eastern and western subspecies.

The Beringian cave lion (Panthera spelaea vereshchagini), which formerly dwelled in Europe, is one of the subspecies. They formerly lived in Yakutia and crossed the land bridge between America and northern Eurasia.

The extinct lions are believed to be larger than today's lions. According to cave art, male cave lions did not have a mane like modern-day species. Despite physical differences, both species share common behavioral traits like living in groups and courtship rituals.

There were also differences between the cave lion subspecies such as their diets. Beringia lions seemed to hunt horses and bison while European cave lions hunted reindeer.

The team continues to conduct genetic analyses where they 'aim to sequence complete nuclear genomes from several specimens,' said David Stanton. They intend to find genetic markers unique to the cave lion.

Read Also: Russia: Vladimir Putin Enraged As a Lion Cub Was Forced to Pose With Tourists by Breaking Its Legs