According to a new study by researchers from Rwanda, a strain of the parasite that causes malaria is now resistant to artemisinin, one of the leading medications against the disease.

The new study, published in Nature, documents artemisinin-resistant presence in Africa, which marks the first time this occurrence has been observed. Noting that while it was widespread in parts of Southeast Asia, it has not been reported in the African continent. 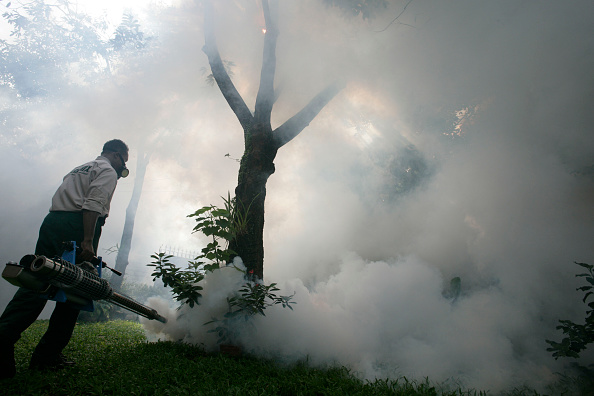 Researchers from the Institut Pasteur worked with Rwanda's National Malaria Control Program (the Rwanda Biomedical Center), US' Cochin Hospital and Columbia University, and the World Health Organization (WHO). They analyzed blood samples from locals diagnosed with malaria.

In the report, researchers detailed the procedures, including taking samples from pretreatment samples collected from recent dihydroartemisinin-piperaquine and artemether-lumefantrine efficacy trials in Rwanda for genotyping.

While recovery rates were higher than 95 percent in the observed treatment arms, an artemisinin-resistant mutation, tagged Pfkelch13 R561H, were found in 19 of the 257 patients--that's 7.4 percent--tested in Masaka, a neighborhood in the capital city of Kigali. Finding out that the mutation is resistant to one of the most common medications can potentially derail Africa's antimalarial medication efforts.

The appearance of artemisinin-resistant parasites in Africa would pose a significant public health threat, as researchers noted in the report.

In the study, researchers also noted that the parasites that cause malaria first developed resistance to chloroquine. It was one of the earlier frontline antimalarial medications back in the 1960s around the Greater Mekong Subregion. The GMS refers to areas surrounding the Mekong River, including parts of Cambodia, Laos, Myanmar, Vietnam, and Thailand. These resistant strains soon reached Africa, with their drug resistance and lost medical efficacy being suspected of leading to millions of additional Malaria deaths in the 1980s.

The latest discovery of artemisinin-resistant parasites has been observed in parts of Southeast Asia for more than a decade now. However, the efficacy of artemisinin-based combination therapies in the Asian region remains high because of early detection helping to minimize fatalities.

The research covered genetic analyses of parasite samples collected from 2012 to 2015 at six different sites in Rwanda. Aside from the perceived resistance of the mutation, the researchers also compared genome sequences to try and trace the origins of this drug-resistant strain.

After comparing the Pfkelch13 561H genome sequence to other samples taken all over Africa, and later to sequences taken from South America and Bangladesh, the team found out that the artemisinin-resistant strain of the parasite is tightly clustered with Rwandan parasites.

It means that the 561H genome that resists artemisinin is a mutation developed from non-resistant strains in Africa. The exact resistant strain was not carried from Southeast Asia to the African continent.

Further analyzing the 561H mutant, researchers have also inquired into molecular signatures of the parasite that might offer clues on whether it can even begin developing resistance with other antimalarial medications. It included piperaquine and lumefantrine, two other drugs used in artemisinin-based combination therapies.

While the parasite might appear to set back antimalarial treatment, the study gives an advantage by pointing out the possibility of a locally-mutated strain with resistance to artemisinin. However, combination therapies using lumefantrine or piperaquine still work and contribute towards high efficacy in these treatments.