Oil Spills: Here's Everything You Need To Know

Human activities have caused so much pollution all over the world. A form of pollution, an oil spill is the release of liquid petroleum hydrocarbon into the environment, most likely in marine areas like the rivers, bays, and oceans.

A lot can cause an oil spill, but most commonly known are accidents involving barges, tankers, pipelines, drilling rigs, refineries, and storing facilities. When they do happen, the marine life is also adversely affected, and many of which are hard to undo. But people have also devised ways to clean up the mess caused by the oil spill. 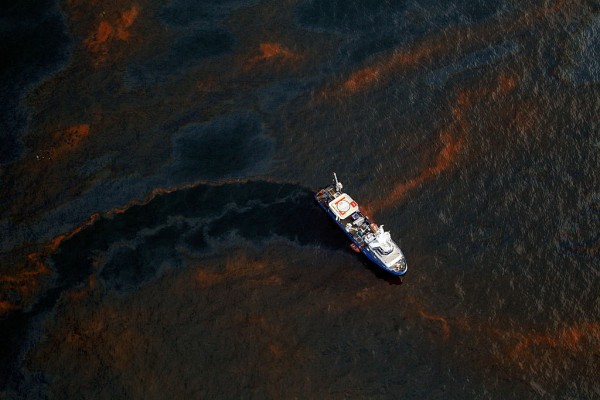 (Photo: Getty Images)
NEW ORLEANS - APRIL 28: A boat makes its way through crude oil that has leaked from the Deepwater Horizon wellhead in the Gulf of Mexico on April 28, 2010, near New Orleans, Louisiana. An estimated leak of 1,000 barrels of oil a day is still leaking into the gulf. (Photo by Chris Graythen/Getty Images)

Here are some facts about the oil spill, what happens during an oil spill, and oil spills are cleaned up.

How do oil spills happen?

Oil spills may be caused by human-made errors or when they become careless in handling liquid petroleum hydrocarbon. Or it could also be caused by the equipment breaking down, or because of natural disasters, such as hurricanes.

But it could also be the deliberate acts of terrorists, or countries at war, vandals, or illegal dumpers. Oil spills come from involving barges, tankers, pipelines, drilling rigs, refineries, and storing facilities.

Oil spills can penetrate the plumage of birds and furs of mammals, which reduces their ability to insulate themselves and making them more vulnerable to temperature fluctuations and make them less buoyant on water.

Typically, oil spills float, although sometimes, very heavy oil can sink in freshwater. Oil would spread out rapidly across the water surface, forming a thin layer called the oil slick.

As it continues to spread, it becomes thinner and thinner until it becomes the sheen, which often looks like a rainbow.

Nonetheless, whether it is thin or thick, oil spills can still be very harmful to marine birds and mammals, as well as for the fish and shellfish. Oil destroys the insulating ability of the fur-bearing animals and the water-repelling abilities of the bird's feathers, which exposes them to harsh elements.

Moreover, many animals ingest the oil when trying to clean themselves, which may poison them. Depending on the place and time of the oil spill, a few to a hundred birds or maybe thousands of them and mammals can get killed or injured.

During oil spills, the local, state, and federal government agencies, as well as private organizations, respond to clean up an oil spill. They use a variety of tools, depending on the situation.

For instance, booms (floating barriers) are placed around a leaking oil tanker to collect it. They may also use skimmers to skim or scoop spilled oil from the water surface. Or sorbents (big sponges) to absorb the oil.

Authorities would also use chemical dispersants and biological agents to break down the oil. Sometimes, they would also burn freshly spilled oil, usually while it is floating on the water. This method is called the in situ burning.

Other methods also include washing oil off beaches with high- or low-pressure hoses, vacuum trucks to vacuum spilled oil off the beaches, and using shovels and road equipment to pick up or move oiled beach sand and gravel.

READ MORE: A New Method in Oil Spill Clean Up