After 50 Years, Earth Receives Laser Signals From the Moon

In 2009, NASA's Lunar Reconnaissance Orbiter (LRO) began orbiting the moon and fired lasers at a reflector array. This year, Earth finally received signals from about 240,000 miles away.

During the Apollo space flights, astronauts installed a few monitoring equipment on the moon, including seismometers and laser reflectors. Two panels contain 100 mirrors each of glass cube corners, which the team called 'corner cubes', and one panel contains 300 corner cubes. The Soviet space program also set up two reflectors on robotic rovers, each containing 14 cube corners. 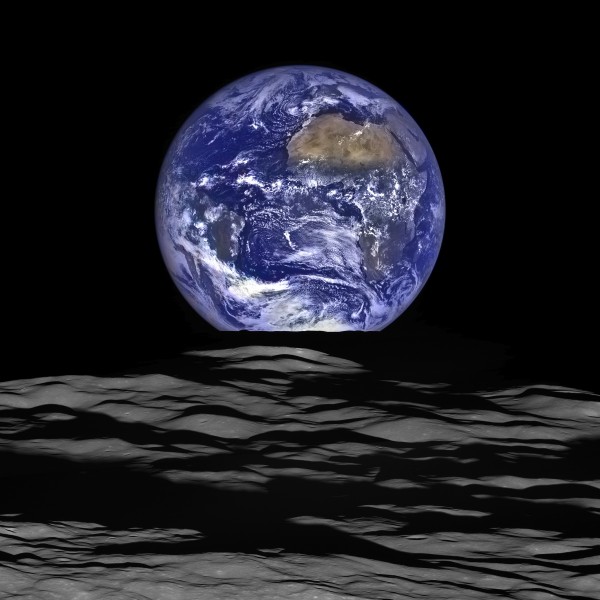 Using laser beams would allow scientists to measure the lightyear distance between the Earth and the moon with millimeter precision. One revelation NASA received is that Moon and Earth are drifting apart 1.5 inches per year as a result of gravitational interactions.

Erwan Mazarico of NASA's Goddard Space Flight Center said that the agency has been collecting data for 50 years to observe trends. The laser beam signals were received by the Lunar Laser Ranging station in France.

Reconstructing LRO's trajectories could help verify "theories of dust accumulation over decades on the lunar surface," wrote the authors in a paper published in the journal Earth, Planets, and Space. This means that the mirrors may have been covered with Moondust over time, blocking the laser beams or causing the glass to overheat to weaken the panel efficiency even with the lack of wind and an atmosphere.

Since 2009, the LRO mission was hindered by several factors, including how old some of the reflectors on the moon were, weather, spacecraft geometry constraints, and operation issues. The team still needs to figure out what's causing the weaker signals, but for now, they are focusing on the completing measurements between Earth's laser stations and the reflectors on the moon.

READ: Young Moon Orbiting Around the Earth Is Causing it to Spin So Quickly and Stretched Into Somewhat A Rugby Ball and Double-Frisbee

They can also measure every slight wobble of the moon as it rotates, which can help determine if the moon's core is fluid or solid. Vishnu Viswanathan, also from Goddard, said, "Knowing about the Moon's interior has bigger implications that involve the evolution of the Moon and explaining the timing of its magnetic field and how it died out."

The first infrared laser bounced back to Earth in 2018, and then two more sessions occurred a year later. In the paper, the authors wrote, "the use of similar arrays onboard future lunar landers and orbiters can support LLR lunar science goals, particularly with landing sites near the lunar limbs and poles, which would have better sensitivity to lunar orientation."

Their findings can also help with the advancement of two-way laser measurements, geometric measurements and configurations, and developing new reflectors for future space missions. NASA's Artemis mission to the moon is set to launch by 2024, to have the first woman and next man on the moon. Then, human space missions to Mars will soon follow.

READ: Dwarf Planet Ceres May Have Been an Ocean World