ALMA Finds a Galaxy Like Our Own in the Early Universe

After pouring through data from the Atacama Large Millimeter/submillimeter Array (ALMA), a team of astronomers has found a distant galaxy similar to our own Milky Way.

The distant galaxy SPT-SJ041839-4751.9, or simply SPT0418-47, existed during the early Universe—1.4 billion years after the big bang. This early Milky War parallel is so far that its light traveled through space for 12 billion years before being detected by the ALMA. The details of their observations are outlined in the journal Nature. 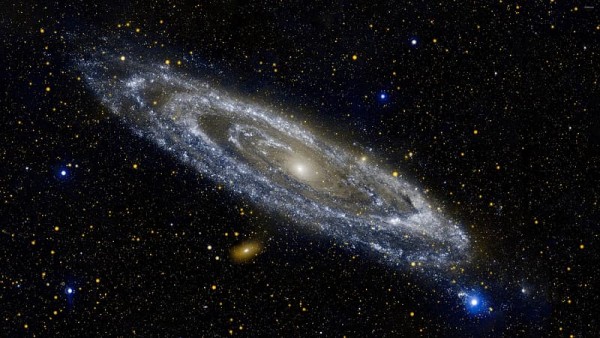 The team is composed of astronomers from the Max Planck Institute for Astrophysics in Germany and the Kapteyn Astronomical Institute at the University of Groningen in The Netherlands. They have used archival data taken by ALMA back in 2017. In the report, they presented the existence of a dynamically cold, but highly-star forming, rotating disk.

"This result represents a breakthrough in the field of galaxy formation, showing that the structures that we observe in nearby spiral galaxies and in our Milky Way were already in place 12 billion years ago," said Francesca Rizzo, a Ph.D. student from the Max Planck Institute for Astrophysics and lead researcher for the study, in an article from the German institute.

While SPT0418-47 does not have the signature spiral arms extending to the farthest reaches of the Milky Way, the distant galaxy shares two other features from our local galaxy. It is a rotating disc with a bulge—a large number of stars packed tightly together near the galactic center. This discovery marks the first time that a bulge has been observed at a point this early in the known history of the Universe. Therefore, SPT0418-47 is the farthest galaxy similar to the Milky Way.

"The big surprise was to find that this galaxy is actually quite similar to nearby galaxies, contrary to all expectations from the models and previous, less detailed observations," said Filippo Fraternali, co-author of the study from the Kapteyn Astronomical Institute. During the early Universe, young galaxies were still forming.

Astronomers mostly had the preconception that these young galaxies were chaotic. Finding a galaxy like SPT0418-47, and its distinct structures only observed in mature galaxies, during the early Universe offers new insight on their formation and evolution.

Based on the data gathered at ALMA about SPT0418-47, this galaxy had taken on its shape at a time when the Universe was only at 10 percent of its current age.

Observing SPT0418-47 was only made possible with an effect known as gravitational lensing. It occurs when the light emitted by distant galaxies; in this case, SPT0418-47 passes by another massive object. Coincidentally, another galaxy is situated between the distant galaxy and the Milky Way. It allowed ALMA to better observe the farther galaxy, with the gravitational lens bending its light rays toward Earth.

The gravitationally lensed image captured by ALMA appears as a ring of fire in the raw image captured. Using the data, the research team reconstructed the image via computer modeling, creating the spiral disk that is the SPT0418-47 galaxy.

To better visualize how gravitational lensing made the observation of a distant galaxy possible, watch the video below from the European Southern Observatory: