Researchers have demonstrated two species of single-celled green algae that can synthesize antifreeze, thanks to an ancient gene family.

Scientists from the University of Nevada, Las Vegas, and Miami University showed two species from the algae genus, Chlamydomonas, known as UWO 241 and ICE-MDV. The two species synthesize glycerol, an anti-freezing substance, to protect them from osmotic water loss and possibly from freezing injury. The results of their studies are published in the open-access journal Frontiers in Plant Science on Thursday, August 20. 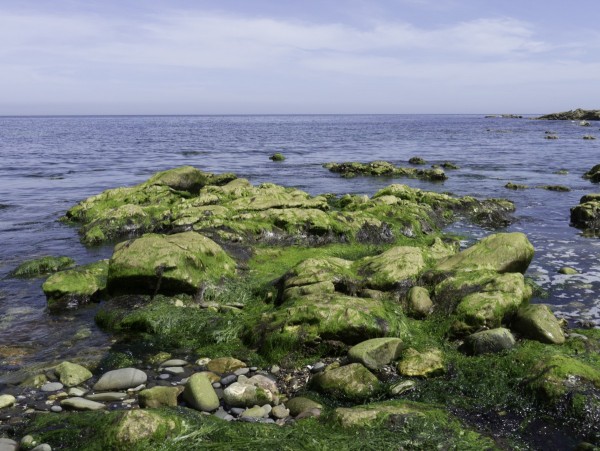 Glycerol as a Natural Osmoprotectant

The chemical substance known as glycerol is a simple polyol compound. The commonly colorless and odorless liquid was previously used as an antifreeze compound in cars. In nature, glycerol is produced by several organisms—from simple yeasts to vertebrates.

Glycerol is often used as an osmoprotectant—a substance that helps organisms survive extreme osmotic stresses. Other organisms use glycerol as an antifreeze.

To identify the enzymes responsible for allowing algae to synthesize its own glycerol, researchers collected both of the single-cell green algae species from depths of 13 to 17 meters below the surface. These Chlamydomonas species were found in an area with a steep salinity gradient in Lake Bonney, the permanently frozen lake located in the McMurdo Dry Valleys, Victoria Land, Antarctica.

"Our overall goal is to understand how microorganisms survive in extreme environments. The Chlamydomonas species of Lake Bonney are well-suited for such studies because they are exposed to many extremes, including low light, low temperature, oxidative stress, and high salinity," said Dr. James Raymound, an Adjunct Research Professor at the UNLV School of Life Sciences. He noted that the results emphasize the significance of glycerol synthesis even in polar regions.

To study the specimens, samples were shipped overnight to the University of Nevada Las Vegas, noting a difference in temperature by 2 degrees Celsius across the transport. They also inquired on the genetic sequences of the enzymes, using data from previous studies.

They found out that both UWO241 and ICE-MDV have copies of a gene family that is also present in their distant relatives. UWO241 had three copies, while ICE-MDV had five copies of the gene that allows glycerol synthesis in algae living in temperate environments.

Furthermore, a phylogenetic map based on available similar protein sequences suggests that this glycerol-producing gene family dates back to the very first eukaryotic life forms from a billion years ago.

Upon examining the algae, researchers found out that these species were able to synthesize their own antifreeze to match the salinity of their surroundings. Furthermore, these single-cell green algae species have their own photosynthetic apparatus that works in cold, saline, and light-poor environments. These species also have novel proteins and fluid cell membranes adapted to work in cold environments. The algae species have ice-binding proteins, protecting them from freeze-thaw damage.