Astronauts Train to Explore Lava Tubes on the Moon and Mars

Scientists have determined that underground lava tubes on Mars are around 100 times wider than Earth's while the Moon's are about 1,000 times wider. These lava tubes can serve as a shelter as new places to explore for future astronauts on the Moon and Mars missions. The study was recently published in the journal Earth-Science Reviews.

Lava tubes are created by lava that flows from volcanic vents. These underground caves can be found in Australia, Hawaii, Iceland, and the Canary Islands varying from a diameter of 30 to 100 feet long. 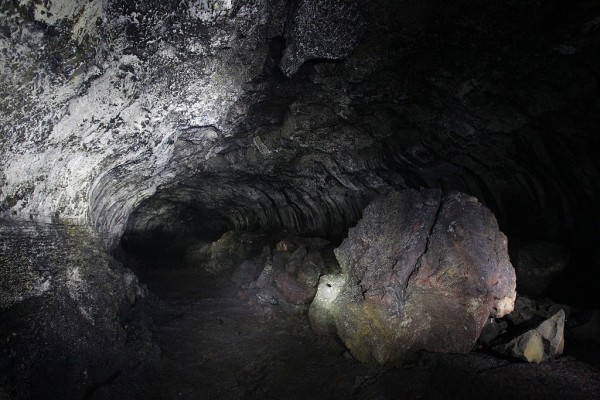 On the moon, lunar tubes have been measured to be longer than 25 miles as observed on satellite images and radar data. They can also reach a diameter of over 3,000 feet. Scientists believe that the lower levels of gravity on the Moon have caused lunar volcanic lava to create such large underground caves

According to Riccardo Pozzobon from the University of Padua, lunar tubes are large enough to fit the entire Italian city of Padua. They can also fit some of the world's largest skyscrapers.

Most likely, several asteroid impacts could have caused the collapse of lunar tubes. At the same time, the impact could have opened up a way to access the massive underground lava tubes.

'The existence of stable huge voids below the Moon subsurface, potentially accessible through skylights, could change the paradigm on how we approach planetary exploration in terms of mission design, planetary human outposts and scientific research,' shared Pozzobon and his team. He also worked alongside Francesco Sauro from the University of Bologna. Analyzing the subsurface environments on the moon and the Red Planet can 'present new technological challenges but also could provide unexpected scientific discoveries,' they shared.

The caves would also provide a suitable haven for astronauts since the Moon and Mars have harsh environments and fluctuating temperatures. There is also the danger of micrometeorites, which can destroy life support equipment and habitats that will sustain the space explorers.

The internal environment of lava tubes may also be dangerous from sloping floors to large boulders and shifting rocky material. Safely exploring the massive tubes on the Moon and Mars may require a lot of equipment to enter the vertical shafts.

'Once below, we should not be too confident to find a flat floor (although it is possible) but instead piles of collapsed boulders from the ceiling or the walls, which are razor-sharp and could harm inflatable modules and spacesuits,' the team explained. Once inside, the explorers would also need light since the caves would most likely be pitch-black. However, they would need to develop an efficient means of illumination since power would be a precious commodity in space.

The inside of these lava tubes would reveal previous volcanic activity on the Red Planet and the Moon. Also, the caves may provide clues on the interior composition of both planetary bodies. Until now, scientists have debated if the Moon's core is a solid or a liquid. Scientists are also hoping to find traces of life within the lava tubes, especially on Mars since the surface has been affected by radiation.

Astronauts have been studying these volcanic structures via CAVES and Pangaea programs designed by the European Space Agency since 2012. They've also been trained in vertical traversing in cave environments such as uneven terrain, shifting rock activity, and other hazards.

Speleologist Jo De Waele shared that 36 astronauts from various space agencies have trained in cave hiking and some have undergone geological field training. The agency's specialized programs were developed using its Sysnova platform.

Check out more news and information on Lava Tubes in Science Times.