Coffee is one of the most popular beverages around the globe, and it is an essential part of several cultures, while others consider it an art form. Atomo Molecular Coffee, a Seattle-based company, aims to alter coffee entirely by producing the beverage without the bean.

Traditional coffee farming involves several ethical and environmental impacts as it is one of the most traded commodities. However, it is the sellers and not the growers that benefit the most from the beverage.

Farmers, who only receive a small percentage for their hard work that often involves manual processes and hundreds of laborers, are most affected by varying or bad weather. Most of them also work under poor conditions while accomplishing intensive labor.

Growing commercial coffee has been equivalent to high rates of deforestation from coffee producers.

Monocropping degrades the soil, which means that farmers would have to use chemical fertilizers and pesticides. This would also require the need for a lot of irrigated water.

Daniele Giovannucci of the Committee on Sustainability Assessment (COSA) shared that a strong economic foundation is needed for these farm communities to thrive. "Yet, some of the large firms in coffee lack any vision except for the uninspiring one of maximizing their short-term profit."

Atomo Molecular Coffee has developed a way to recreate specialty coffee using the atoms of plant waste from farms, and they will launch the product by 2021. With 95 percent of its ingredients coming from upcycled plant material, this coffee upgrade becomes more sustainable than conventionally processing coffee beans.

The company worked alongside chemist Chahan Yeretzian of the Coffee Excellence Center at Zurich University of Applied Sciences. He shared that the new project recreates the complete experience while addressing the multiple challenges and threats linked to coffee as a crop. 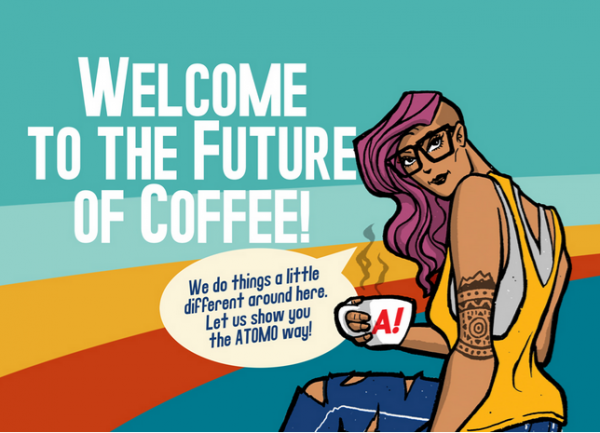 READ: Not so Robust: Robusta Coffee More Sensitive to Warming Than Previously Thought

The company's molecular brew is broken down into a six-step process starting with US farms then is followed by washing and preparation, alchemy, roast/grind, brewing, and drinking the innovative beverage. Atomo's molecular process recreates coffee's 'Big Five' elements of aroma, body, color, taste, and caffeine. They started by creating a molecular map of coffee, which includes hundreds of chemical structures, compounds, and other molecular attributes.

Since coffee beans are the seed of coffee cherries, upcycling plant waste begins with finding similar seeds that are just as 'roastable, grindable, and brewable.' Next would be to search for commercially harvested plants that have parts discarded by farmers, which can then be upcycled. These include leaves, stems, pits, kernels, and seeds.

After the team has recreated the taste of coffee, the next step is matching its caffeine content. More than 60 plants can also naturally produce caffeine, just like coffee beans, so it was just a matter of sourcing the most sustainable plants.

Coffee is also rich in antioxidants, polyphenols, and other beneficial compounds. Atomo Molecular Coffee has also matched these attributes to create a beanless cup of coffee.