Ancient Viking Helmet is Dated Back to the 10th Century

Over 60 years ago, researchers discovered a Viking helmet from the Anglo-Scandinavian era in the 10th century. It was only recently the scientists have confirmed its origins and age of the artifact.

The Viking helmet was discovered in Yarm in Chapel Yard by men who were digging trenches for new piping. Dr. Chris Caple headed the team which identified that helmet as the second near-complete Viking helmet ever found. It is currently on display at Preston Park Museum. 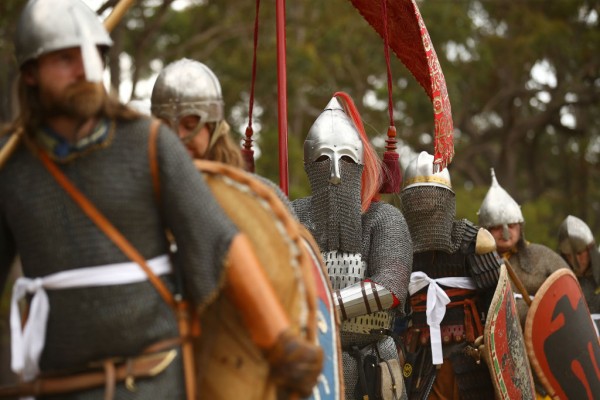 Scientists have long debated the origins and date of the artifact since the metal has corroded over the years. Dr. Caple, who is an Emeritus Reader at Durham University, said that analyzing the Viking helmet has been 'a challenging project, as the thin iron sheet is now very susceptible to corrosion (it has to be kept in very dry conditions), so it was not simply a question of only showing the date at which it was created, but working out how it had survived until it was unearthed in the Fifties.'

The ancient helmet was initially preserved in waterlogged conditions and later started corroding and became damaged. 'Fortunately,' said Dr. Caple, 'it was discovered before it corroded away completely.'

This is also the first Anglo-Scandinavian/Viking helmet discovered in Britain. Archaeologists have already retrieved several medieval helmets in the region, including the famous Sutton Hoo and Coppergate helmets. The first near-complete Viking helmet was discovered in Gjermundbu, Norway.

The ancient iron helmet is composed of bands and plates fastened together with a knot at the top. The Viking helmet alsoa protective guard that encases the nose of the wearer and another guard around the eyes.

Together, the two forms a mask that drops down on the helmet, believe to be inspired by helmets designed in the Vendel Period. Some archaeologists also think that the helmet may have formerly accommodated an aventail or a flexible metal curtain or mail which goes down to protect the throat, neck and both shoulders.

Due to the particular workmanship of the helmet's design, most likely it was used instead of being displayed like other forms of armor. Also, the team noted that the way the helmet entirely covers the head and face indicates that battle may have changed in that era.

During the 10th century where the helmet originated, the Vikings engaged in individual combat and full armor was not necessary. The circumference of this particular helmet also closely resembled medieval designs from earlier centuries, which would have been placed over a thick, padded cap as additional protection with the 1-2 mm thick metal.

On the contrary, during the 11th century, the Bayeux Tapestry depicted much larger armies than the former Vikings and had new tactics such as shield walls and archers from elevated positions.

The lack of decoration also shows that the piece of armor had no special significance to the owner. Since the Viking helmet was found in waterlogged conditions, the team also contemplated if it was not retrieved because something befell the owner or if it was deliberately hidden.

Read Also: Norway is Excavating First Ever Viking Ship in 115 Years But Needs to Save it First From Fungus

Check out for more news and information on Viking on Science Times.