Microsoft Steps Into Legal Fight Between Epic and Apple

Microsoft appears to support Epic Games' call in its brewing legal war with Apple with a declaration against banning Epic Games' developer account.

The multinational tech giant behind the Xbox gaming console filed a declaration on Sunday, August 23. Microsoft's Gaming Developer Experiences General Manager Kevin Gammill said in a court declaration that Apple blocking Epic Games' developer account "will place Unreal Engine and those game creators that have built, are building, and may build games on it at a substantial disadvantage." Their statement further stressed that developing games through different engines, for different gaming platforms, "may be prohibitively expensive and difficult." 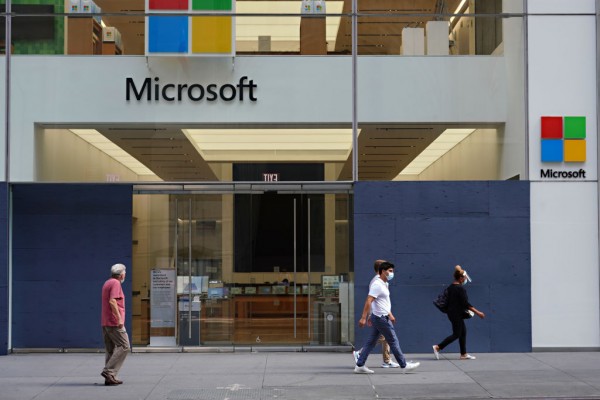 Microsoft is among the developers that rely on the Unreal Engine, owned and developed by Epic Games. The 3D creation technology is necessary for the design and development of games for a variety of platforms, including Microsoft's Xbox, Nintendo Switch, Sony Playstation, and more. It also covers games for the PC, as well as mobile devices.

Unreal Engine, first written in Visual Basic back in 1995, has grown to be one of the most popular gaming engines and development environments. Their latest project, Unreal Engine 5, boasts Nanite - an inclusive engine that allows importing high-detailed photographic sources into the developed game without the need for manual graphics detailing.
Its capability to feature photorealism, dynamic physics, and robust data translation has made it a preferred engine across developers and platforms. Epic Games distributes the game dev engine to companies at a cost.

Microsoft's recent amicus brief is the tech company's show of legal support for Epic Games, which is on the way to a legal battle with Apple. Epic Games is set to request a federal court on Monday, August 24, to restore their massive hit game Fortnite to the App Store. Furthermore, Bloomberg notes that Epic Games seeks to block the iOS developer from blocking Epic's dev tools and hindering the Unreal developers from providing their tech to other apps.

Microsoft's Call for an AppStore Probe

The amicus brief from Microsoft that expresses support for Epic is the latest move from the Xbox parent. Back in June, Microsoft President and Chief Legal Officer Brad Smith expressed concerns about the Apple App Store. Smith commented on the App Store's barriers and its tolls imposed on app makers, noting that Apple's practices were worse than Windows ever did when it was found guilty of violating US antitrust laws.

Last July, Smith also discussed their concerns with members of the House Antitrust Committee via videoconferencing. Smith's briefing with the Committee was conducted a week before the scheduled house hearing, which includes Apple's Chief Executive Officer Tim Cook, as well as the CEOs for Amazon, Facebook, and Google's parent company Alphabet.

The Ban on Fortnite | Epic Vs. Apple and Google

The latest encounter between Apple and Epic Games began on August 13, when Epic pushed through and announced its new in-app payment system for its game Fortnite. Their new payment method bypassed Apple's 30 percent fee for all in-app transactions.

Standing by its rules for in-app purchases in its platforms, Apple removed Fortnite from the App Store. Shortly after, Fortnite for Android users was also removed by Google from its Play Store, citing the same violation.

In retaliation, Epic Games released its new Fornite advertisement, inspired by George Orwell's 1984, dubbing it "Nineteen Eighty-Fortnite" with the hashtag #FreeFortnite. Their satirical ad is a parody of Apple's own 1984 commercial, where it introduced its revolutionary Macintosh computer. The Fortnite ad turns the table as it featured an apple-headed man discussing their "Platform Unification Directive."

See the side-by-side of the two advertisements, courtesy of gamer and streamer SinX6: