Tim Cook, Chief Executive for Apple Inc, marks his ninth year as the tech giant's top officer and is set to bring the company to new heights effective August 31.

Apple began its split stock process after the closing bell on Monday, August 24, coinciding with Cook's ninth anniversary as the company CEO. With this move, Apple effectively increases its total number of shares. The split stock will grant the additional shares for their existing stockholders on Friday, August 28, after the trading session ends.

Furthermore, the latest move for Apple encourages more investors to join the iPhone maker's unprecedented expansion. Apple (AAPL) shares will be open for trading at its split-adjusted prices on August 31, Monday. 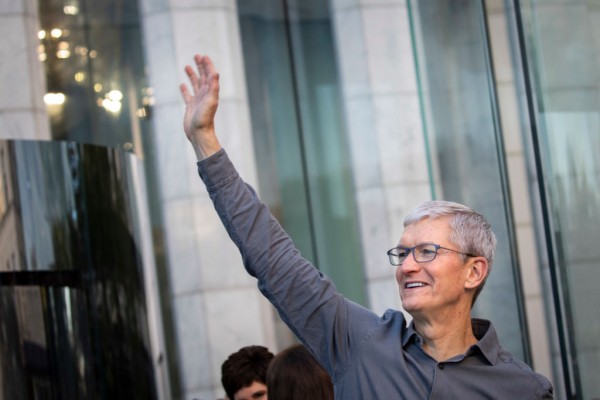 The split stock process will be among the company's milestones under the direction of Tim Cook. Apple has officially crossed the $2 trillion market capitalization marker, being the first US-listed company to do so. It is now the most valuable stock in business history, surpassing the previous record set by oil industry juggernaut Saudi Aramco - peaking at $2.03 trillion last December, a day after its initial public offering.

Apple shares inched past the $2 trillion mark after its stocks grew 1.2%, reaching its all-time peak of $467.84 last Wednesday, August 19.

Tim Cook took over Apple on August 24, 2011, following founder Steve Jobs' resignation as company CEO and moving as the chairman of the board. At the time, Apple's value was below $400, with Cook's direction increasing the company's worth by at least fivefold in the last nine years. Cook's ascent has caused investors and critics wondering if he can fill the shoe Jobs will be leaving behind. Since then, the Apple CEO has taken the company to new heights, marked by financial strides and the launch of an original product - the Apple Watch first released back in 2015.

In September 2016, Apple unveiled the AirPods, its own take on the wireless headphones. The $150 dollar add-on accessory first received negative reviews both for its price and its appearance. However, it later became a hit and by 2019, the most "hearable" brand of wireless headphones.

Also, Apple has been committed to Tim Cook's words, stressing the need "to own and control the primary technologies behind the products we make." They have become a major electronics manufacturer, producing the microchips used in its iPhones and Mac PCs.

Challenges in the Last Nine Years

Tim Cook taking over Steve Jobs' legacy was not without its challenges. Back in 2017, the company confirmed that it actually slowed down older models via a software upgrade. However, the tech giant explained that it was not to force their customers to purchase the latest models. Instead, it was to preserve their aging batteries, which might explain the sudden shutdown iPhone users experienced.

It was later fined 25 million euros, or about $27 million, for deliberately slowing down products without express information to its customers.

Also, Apple is among the major US tech companies facing antitrust investigations from the European Union and the US Congress. Investigations are looking at the company's supposed efforts to reduce its corporate taxes, as well as to lodge complaints that it has been abusing the Apple App Stores, with excessive fees and efforts to block its competitors in the app market.