Biofuels Made From Common Grass Could Replace Fossil Fuels

Finding replacements for fossil fuels is essential to reducing greenhouse gas emissions and decreasing the damage caused by climate change. A new study looks into the use of biofuel and bioenergy systems to replace fossil fuels.

Researchers from Corolardo State University published a paper in the journal Proceedings of the National Academy of Sciences. It is the first study to look at carbon-negative biofuels produced from a common grass. 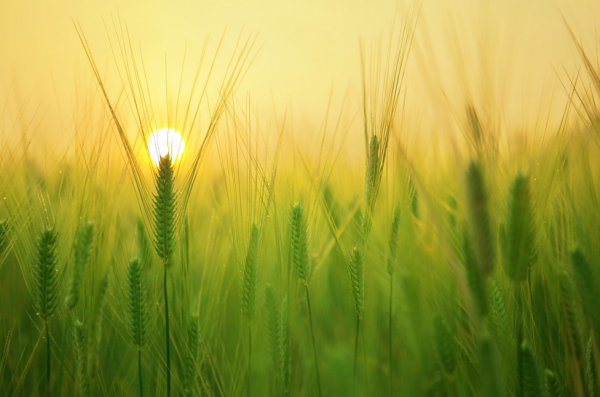 Biofuel technology has numerous advantages, such as helping rebalance the natural carbon cycle between the atmosphere and grasslands and forests. Soil absorbs about 30 percent of all carbon released in the atmosphere.

John Field from the Natural Resource Ecology Lab at CSU said that the biofuel industry faces challenges in commercializing cellulosic biofuels made from the nonedible parts of plants. One of the leading candidates for sustainable plant-based fuels is switchgrass, which commonly grows all over North America.

The team then created a model to simulate the cultivation of switchgrass, producing cellulosic biofuel, and the process of carbon flow. The switchgrass model was compared to other ways that the lands like forests and grasslands store carbon.

Capture and storage of carbon have also been used in an Illinois-based facility that processes corn to create ethanol as a biofuel. The team applied the corn biofuel system to simulate how a cellulosic biofuel refinery would run.

'What we found is that around half of the carbon in the switchgrass that comes into the refinery becomes a byproduct that would be available for carbon capture and storage,' shared Field. The byproduct of high-purity carbon dioxide did not require separation nor clean-up before it was stored in the ground.

The team also looked at three other case studies and discovered that cultivating switchgrass for cellulosic ethanol production has benefits for farmland that was transitioning from growing crops to grazing pastures. Switchgrass cultivation helped mitigate grassland restoration per hectare. The grass can also help recover lands where tree-planting is not an option.

'In the Great Plains,' explained Field, 'prairie is the more natural cover. Those systems don't suck up as much carbon as a forest system does. If you start putting biofuels in the mix, they have two-and-a-half times the carbon benefits over grasslands. If you're in an area where grassland would be the native cover, there's a clear advantage to using biofuels.'

Lee Lynd shared that their results show how 'large climate benefits can, in fact, be achieved through biofuels if there is an intent to do so.' Proactive solutions with biofuels need to be implemented since there have been many delays in fighting climate change.

'A lot of the pieces for future use of advanced biofuels exist at some small scale," said Field. 'The trick is putting all of these pieces together and making sure we continue to have support so it can thrive and take off, even when gas prices are relatively low, like now.'